Beecroft is a 5.1km2 suburb in northern Sydney bounded by the Hills (M2) Motorway in the north, the waterway in the east, generally by Plympton Road, Norwood Avenue, Karril Avenue and North Rocks Road in the south, and generally by Pennant Hills Road and Maher Close in the west. As of 12 May 2016, it has been divided between the Hornsby Shire Council and the City of Parramatta Council (as indicated in the above feature image) local government area. It was part of the Pennant Hills district and is surrounded by neighbouring suburbs Carlingford and Cheltenham.

The area of Beecroft is situated on land that has traditionally been inhabitated by the Wallumedegal people, associated with the Dharug language group, whose lands stretched across the Sydney basin.

European Settlement and the Field of Mars Common 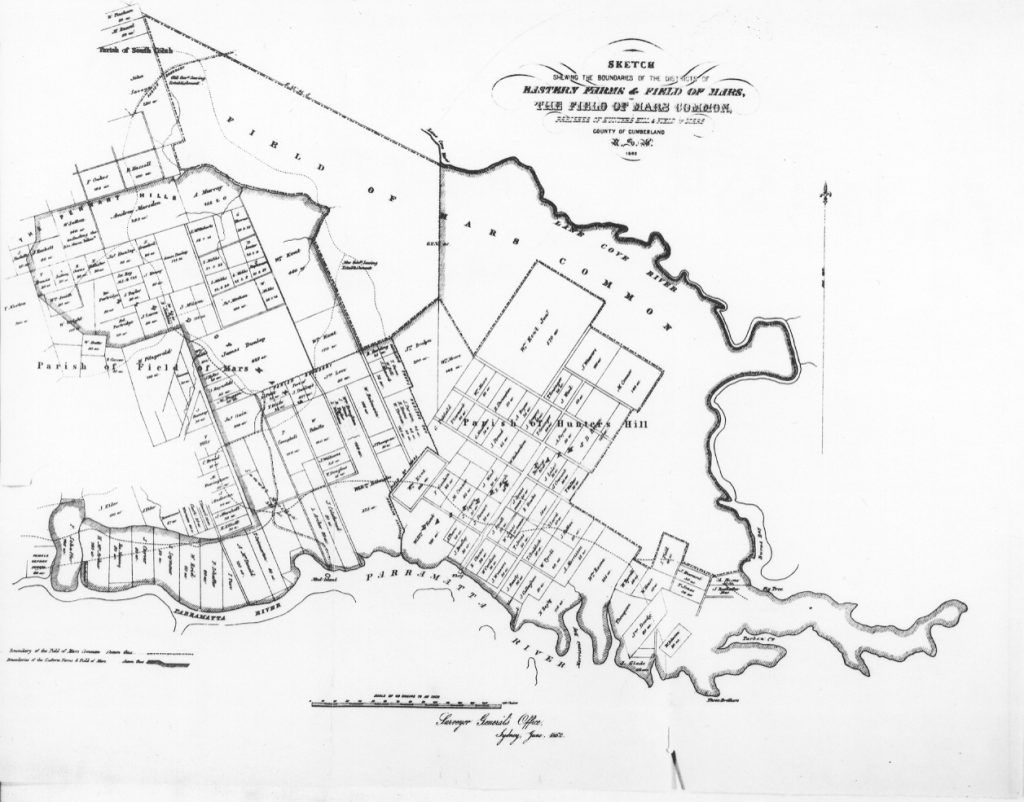 The coming of the Northern railway line between Strathfield to Hornsby led to the development of suburb of Beecroft. The Beecroft section was officially declared open on 17 September 1886. The origin of the suburb name stems from the maiden name of the wives of then Minister for Lands, the Honourable Sir Henry Copeland (1839-1904). Sir Copeland had commissioned a survey of the area done for residential purposes and decided to name the new suburb after the maiden name of his wives, Hannah and Mary, two sisters whom he married in succession. Their names have also been used in the naming of the suburb’s east-west streets: Hannah Street, Copeland Road and Mary Street. Coincidentally, Mr W. Abra of the Italian Bee Company later settled in Beecroft in 1889 where he established a bee farm which led to many to incorrectly assume the suburb was named after this farm. 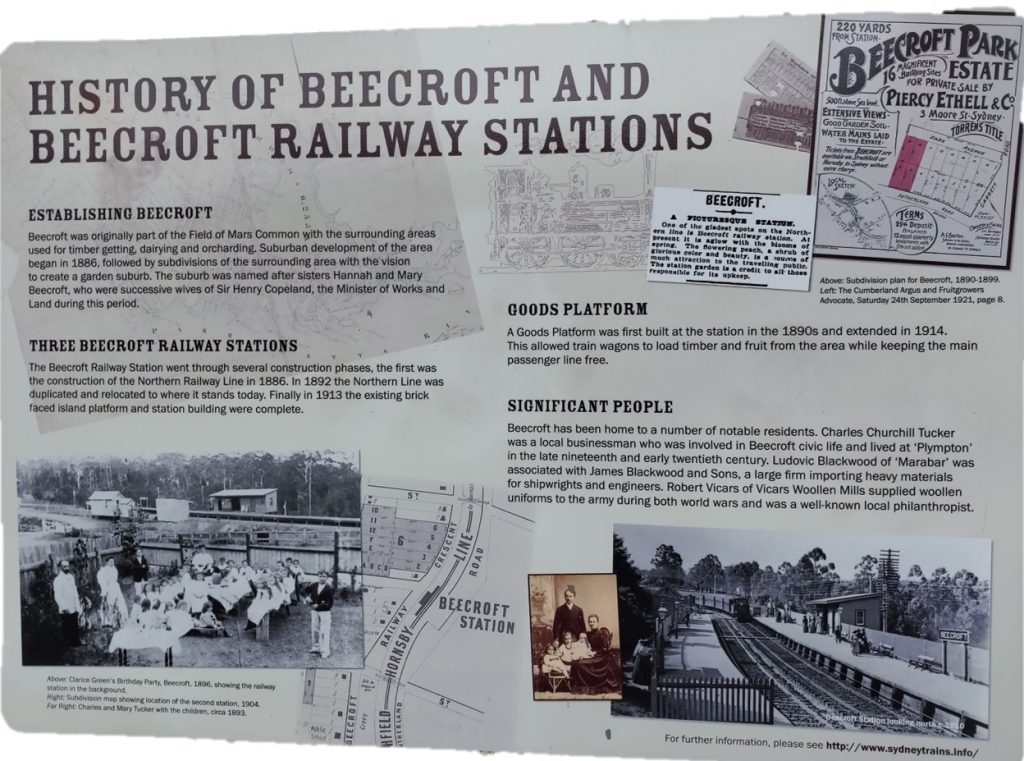 Chronological timeline of the history of Beecroft