Alienation Notices - Notices of the Sale or Transfer of Rateable Property 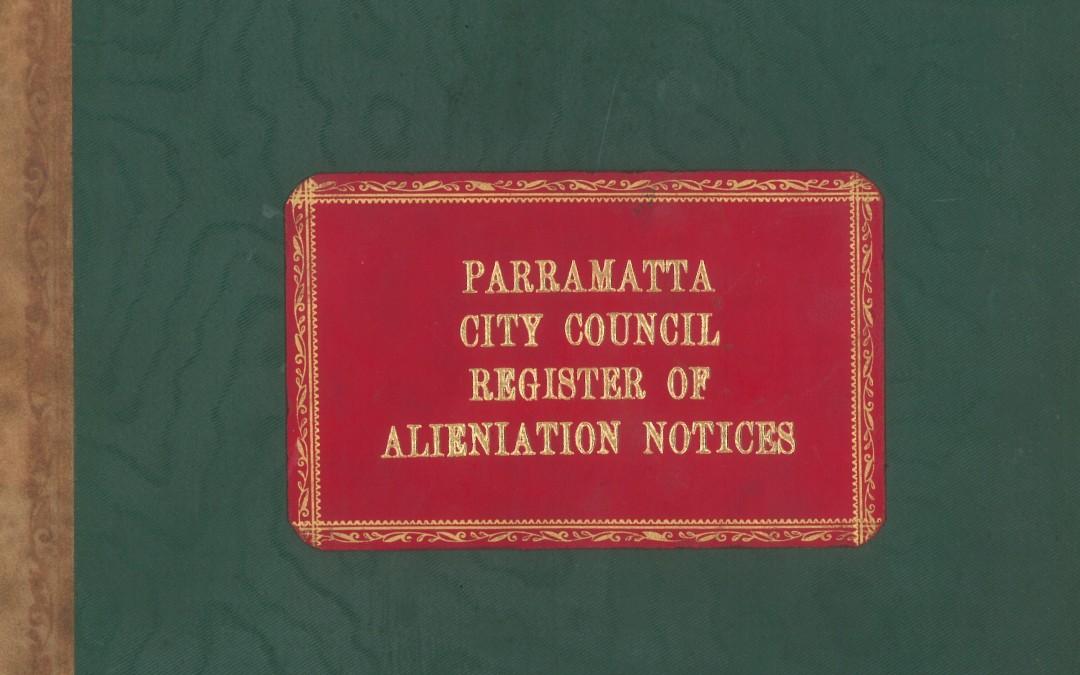 Cover of  a Register of Alienation Notices (Source: City of Parramatta Council Archives)

Alienation notice is not a term often used or heard of in relation to records. In it’s legal sense the word “alienation” refers to the transfer of title to real property whether by sale, will, gift or distribution. Alienation notices are therefore notification of the transfer of title and are also referred to as “Notices of the Sale or Transfer of Rateable Property.” For local Councils it was important to receive these notices promptly in order to update rate records with the details of the new owner. The Valuer-General also required these notices to update their property valuation records.

There was a legal requirement to provide these records under Section 144 sub section 10 of the Local Government Act No 56 1906, “when the owner sells any rateable land he shall give the prescribed notice of such sale, and shall, until such notice is so given, continue to be liable for rates and interest thereon accruing due in respect of such land as if he were still the owner thereof.” This was updated by Section 163 of the new 1919 Local Government Act, which required a rateable person, trustee executor, administrator, or mortgagee to inform council within one month of the transfer of land ownership.

Parramatta Council has in its archives Alienation Notices dating back to 1913. This series of records contain notification forms of the sale or transfer of rateable property for Parramatta (1913-1985), Dundas (1928 -1947) and Granville (1922-1949) Councils. The standard form contains the name of the owner, their address, location of the property, measurements, purchase price, date of sale, Name and address of purchaser. 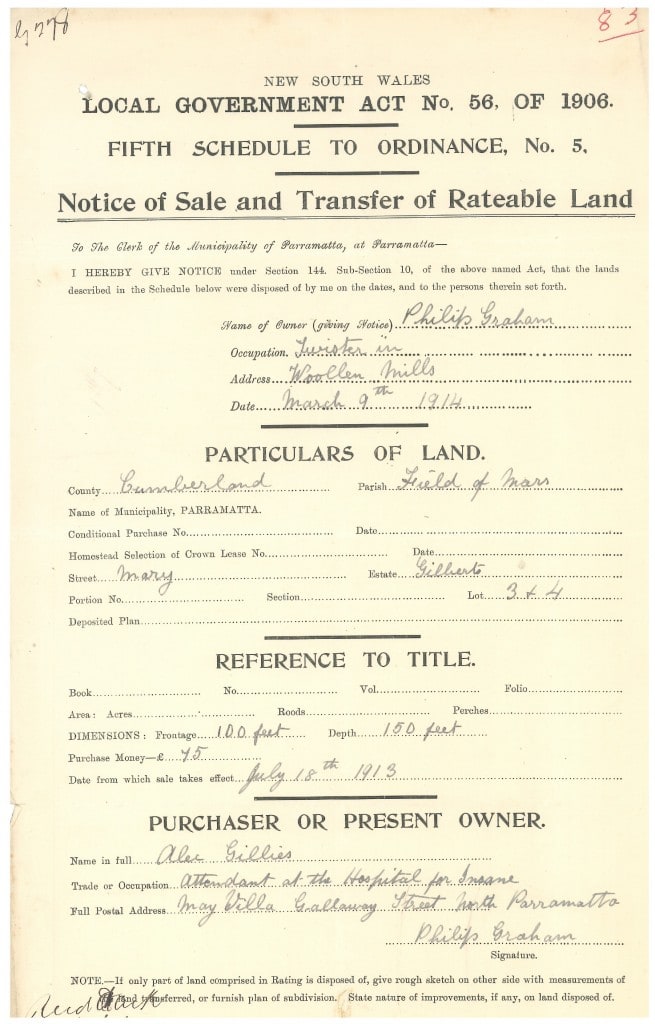 For all three Councils application forms were received and kept until 1949. Registers were introduced by Parramatta Council in 1940 which recorded the notice number, date received and entered, situation of land, name of owner giving notice, name in full of purchaser, postal address of purchaser, purchase money (sale price), assessment number, and remarks. Entries were added into the registers chronologically. Apart from an incomplete index in the first register there are no indexes to the notices which makes locating a notice for a property particularly difficult and time consuming. There is a cross over period from 1940-1944 where the notification forms and register entries exist simultaneously. After 1944 to 1973 only the registers remained. Following the amalgamation of Dundas and Granville Councils with Parramatta in 1948, the registers, for some of the time combined all the wards and other times kept separate for each ward.

To find a particular notice one needs to know the date the notice was received by Council. The transfer of land ownership is at times noted in the valuation books as “A/N number/year”

There is no legal requirement to keep these records permanently but we will retain these due to the completeness of this series of records from which we can extract information relating to home prices, trends in property sales in particular areas and streets, urban development, and family history from 1913 onwards.