Epping is a suburb north of Eastwood, south of Cheltenham, west of Marsfield and east of Carlingford within the City of Parramatta Council. The area called Epping was once part of the extensive district of Pennant Hills in the Field of Mars Parish. Epping received its name from the suggestion of a local resident William Midson in June 1899. Before moving to Australia, he was a resident of Essex, England where his father was born. It reminded the people of English descent of Epping Forest in England.

The original inhabitants of the Epping area were the Wallumedegal. The name Wallumedegal means place of the wallumai (snapper fish). Aboriginal people from Wallumedegal groups were living in the region of Epping when Europeans arrived. Their lands extend along the Parramatta and Lane Cove Rivers.

David Kilpack, a freed convict became the first European settler in the Epping district. He received two land grants totalling 80 acres of land. First, was 30 acres on 11 December 1794 and second was 50 acres on 22 July 1795 in the North Brush in the District of The Field Of Mars. David died two years later and his widow Eleanor sold part of the land but continue to farm in her own right. Later Eleanor got married to Thomas Higgins. Thomas Higgins son, Thomas Edward Higgins was one of the first settlers in the Hornsby district.

Epping had an important role in the early years of the colony, particularly during the time of Governor Macquarie when timber from the area was in high demand. A convict timber camp was established in 1817, which included huts, a cooking place, sawmill and possibly a burial ground. After the sawing establishment closed the Epping area consisted mostly of orchards and bushland, with most people making a living from vegetable and fruit growing.

Many settlers struggled to clear the land and make a living from their farms. In an attempt to ease the burden, the government proclaimed 6235 acers as Common Land where they could pasture their animals. This allowed them to use their own lands to grow produce without worrying about feeding their animals.

In 1899, the name Epping was chosen on the recommendation of William Midson, a well-known resident whose father was born in the village Epping in Essex. The names of the post office and the railway station were changed to Epping at the same time.

From the years 1822-1892, the “Pennant Hills Sawing Establishment” cut down many of the blue gums, blackbutts and cedar trees that were plentiful in the area. The sawmill was surrounded with huts, cooking areas and burial sites built to accommodate 80 convicts, the overseer and other staff.

The timber and shingles were taken from the mill by wagons, to One Tree Wharf (now Ermington). From the wharf, they made their journey down the Parramatta River to Sydney.

After the collapse of the sawmill industry, Epping became known for its extensive bushland and orchids. The Mobbs family had a citrus orchid in the areas west of West Epping Public School. Transportation was almost non-existent. Carts were used to transport produce from Ermington wharf to the markets in Sydney.

The year 1886 marked the start of new era of transportation to Epping, with the opening of the railway station. Originally known as the Field of Mars Station, the station stood at the western end of Surrey Street. The name did not last long and after a few years the town and the station were renamed Epping. The residents William Midson and Mr Michael were credited with naming the area after Epping in Essex. 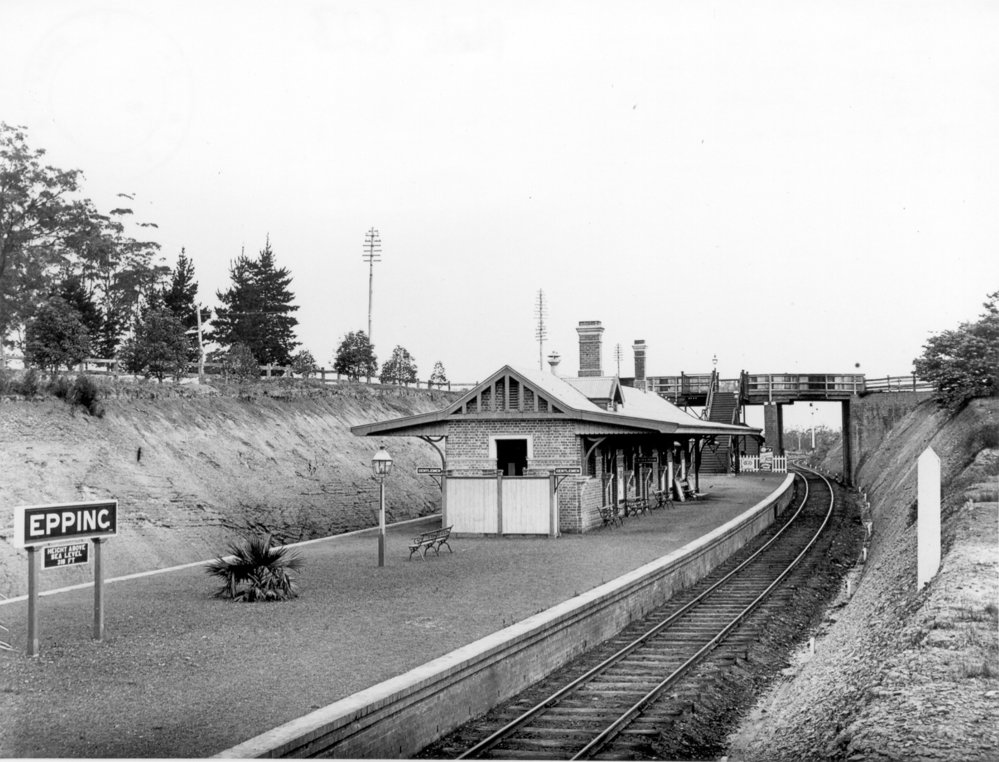 The railway also brought suburbia to Epping and in 1874; the government took control over the common land and began dividing it for housing. By 1889, twelve houses were already built in the areas bounded by Rawson to Midson Roads and Chesterfield Road to Devlins Creek.

The rail service attracted land subdivision and the gradual transition in the district from a rural to a suburban town. After the Second World War, orchids, farms and nurseries were being subdivided and sold as residential lots.

A portion of Epping was part of the Dundas Municipality and was amalgamated with the City of Parramatta in 1948; while the Shire of Hornsby controls the balance of the suburb. 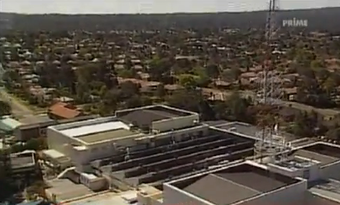 The Seven Network had television production studios in Epping until 2009. The site is now occupied by residential apartments.

Until 2016, parts of Epping were under three different councils: Hornsby Shire, City of Ryde and City of Parramatta. A 2015 review of local government boundaries recommended that all of Epping be amalgamated into the City of Parramatta, and this became effective on 12 May 2016.

At a local government level, Epping lies solely within the City of Parramatta Local Government Area. At a federal level, Epping falls in the Division of Bennelong.

Demography profile can be accessed by clicking on the link below: