The suburb of Seven Hills lies to the northwest of the Parramatta CBD and is administered in the main, by Blacktown City Council. Formerly part of Blacktown prior to 2016, the strip of land along northern bank of Toongabbie Creek including Reynolds Park and Sue Savage Park lie within the Parramatta Ward of the City of Parramatta.In 2016, the suburb as a whole had a population of 19,326 persons most of whom lived in separate dwellings. More than half the population were born in Australia with small numbers originating from India, Sri Lanka, the Philippines, China and New Zealand. [1]

In April 1788, Governor Arthur Phillip made a number of exploratory journeys in the area. Accompanied by a party of officers and marines, he reached Prospect Hill and viewed the surrounding country. Then in June 1789, Watkin Tench surveyed the land towards the Blue Mountains from the top pf Prospect Hill [2]

For thousands of years the open forest lands around the Seven Hills area were home to members of the Toogagal or Toongabbit clan of the Dharug people. Also living in the area was the Weymaly (Warmuli) Prospect clan. In April 1793, the first land grant of 60 acres (24 ha.) was made in the district then known as the District of Toongabbee to ex Marine John Redmond. The track along the north-eastern boundary of his grant later became known as Station Road. [3] European settlers commenced clearing of the land for farming purposes seriously diminishing the supply of native plants and animals on which Aboriginal people relied.

The name Seven Hills is thought to be connected with Matthew Pearce, a free settler who was granted 160 acres (65 ha.) in 1795. Pearce named his grant Kings Langley Farm and the story goes that he could see seven nearby hills from his property however, the origin of the name of the suburb remains undocumented. It was certainly in common usage by 1803 when a notice appeared in the Sydney Gazette and New South Wales Advertiser regarding the distribution of flour from stores to the people at “Castle Hill, Seven Hills and other outposts”. [4]

The area is also associated with John and Elizabeth Macarthur who owned a farm known as Bella Vista from 1801 to 1821 when the property reverted to Crown Land. By the 1830s, Seven Hills was an established farming community but due to heavy cultivation, crop yields began to diminish. Gradually the open farming lands were replaced by orchards and small vineyards. [5]

The opening of the main Western Line in 1860 provided improved access to the Sydney market for the agricultural produce from the Seven Hills area. A siding was constructed in 1863 and the station platform in 1869. A new platform with goods shed and siding was erected in 1890 to transport the large quantities of fruit which was being produced at this time. [6]

By the 1920s the orchards of Seven Hills were unable to compete with the volume and price of fruit produced in the new irrigation schemes of southern New South Wales. Between the wars, from 1918 to 1939, farming and orchard properties were divided into smaller allotments for market gardens, poultry farms and residential purposes. [7] 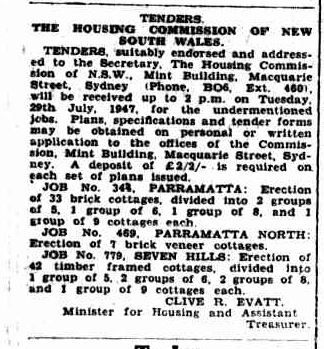 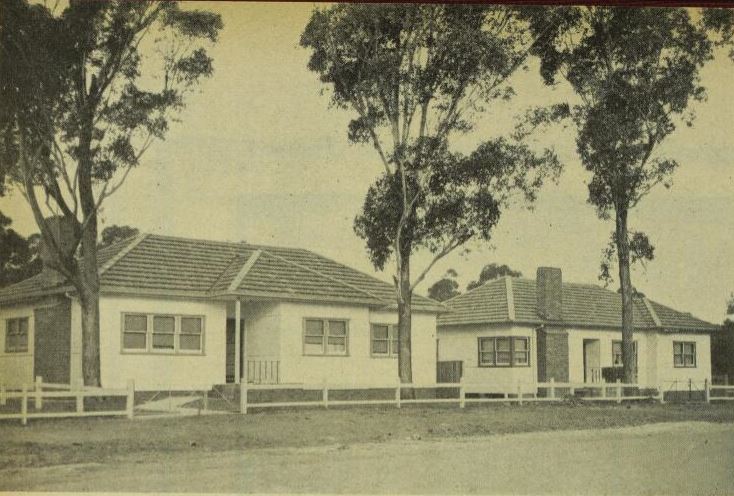 Over the course of the next twenty years from 1940, Seven Hills was transformed from an agricultural district into a residential suburb. In 1941, the New South Wales Housing Commission was created by the NSW government for the provision of planned and affordable housing constructed to an acceptable standard of materials and design. From 1945, the commission constructed hundreds of new houses in the district especially on the southern side of the railway line. The nearby new suburb of Lalor Park was created on 790 acres (320 ha.) of land by the commission in the mid 1950s. [8]
Electrification of the railway line in 1955 made the suburb more attractive for commuters stimulating further population growth in the area. Over the next few years, Seven Hills will again be transformed as plans to revitalise the suburb and create new homes and community spaces become a reality. [9]
Up until the end of the twentieth century, industry only played a small part in the development of the Seven Hills area. Companies such as Wilson’s Tile Works, Transylvanian Timbers, Australian Sewings Pty Ltd, and Transfield opened premises in the area during this time. [10]
More recently, there has been an increase in manufacturing and light industrial development extending eastwards from Seven Hills Station to Old Windsor Road represented by a diverse range of companies including Cerebos Australia, Kennards Hire, Australian Native Landscapes and Hitachi Power Tools.