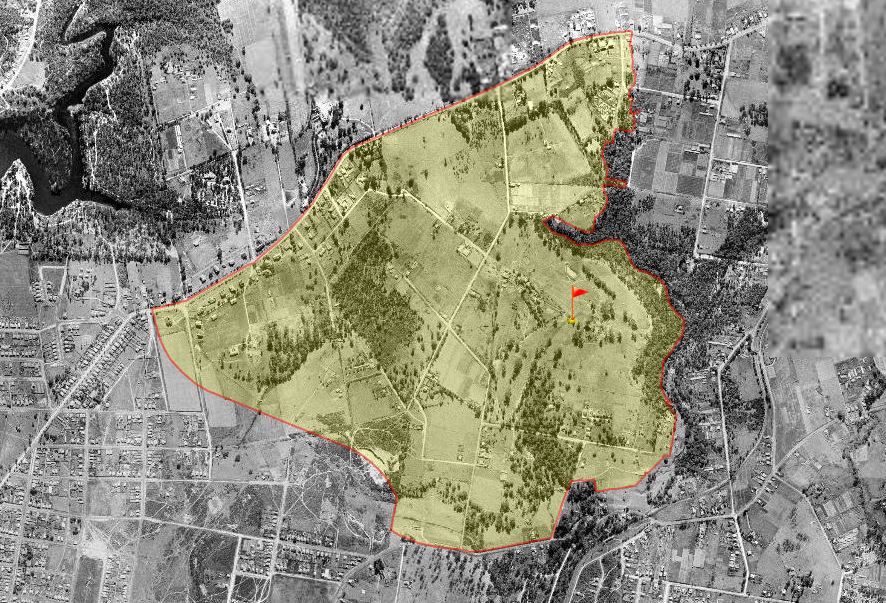 Oatlands is a suburb of the City of Parramatta local government area, located around 1km west of Telopea Railway Station, and bounded by the James Ruse Bypass and Kissing Point, Adderton and Pennant Hills Roads.[1]

The area falls within the traditional lands of the Wallamattagal people to the east and the Burramattagal clan of the Darug Nation to the west.[2]

The suburb name ‘Oatlands’ was adopted in the early-1990s, and prior to this it was known as West Dundas.

The suburb takes its name from an historic house built in the 1830s by Lieutenant Percy Simpson (1787-1877). Simpson was a Canadian who migrated to New South Wales in 1822. When posted to Parramatta as Superintendent of Roads, he was granted land, on which he built Oatlands House.

In 1840, the house was purchased by James Brindley Bettington (1796-1857), who came to the Colony in 1827 to establish a branch of his family’s mercantile office. Bettington acquired extensive rural and shipping interests, was appointed a member of the Legislative Council, and married Rebecca, William Lawson’s daughter. His son, James Jnr, inherited Oatlands House in 1857. Oatlands remained in the Bettington family until 1926, and nearby Bettington Road now recalls the family’s long connection with the suburb.[3]

In 1926, the Oatlands estate was purchased by A C Berk, and his son-in-law Victor Audette, who were Packard motor car distributors. Berk and Audette cleared the heavily timbered bushland and opened a six hole golf course in July 1931, under the title of Dundas Golf Club Limited.[4]

During World War 2, in April 1942, the buildings on the Oatlands estate were resumed by the Australian Army Forces. Members of the Forces were quartered there, later followed by American WRACS.

In 1958, a group known as the Oatlands Golf Club purchased the golf course from Berk and Audette. Oatlands House was purchased by the Donoghue family who restored and renovated the property for use as a wedding reception and social function centre, for which it is still well-known.[5]

The suburb of Oatlands also incorporates part of the area known as Burnside, the site of Burnside Homes (some of the Burnside properties fall within the neighbouring suburb of North Parramatta).

The Burnside Presbyterian Orphan Homes were established in 1910. Modelled on the ‘cottage system’ of care homes used in Scotland, each cottage had approximately 30 children with their own matron. Although no longer used for children’s homes, the site is still the headquarters of Uniting Care, an agency of the Uniting Church in Australia [6]

Aerial view of Burnside, c. 1939. Properties on the south side of Pennant Hills Road are located in Oatlands.

Following the end of the Second World War in 1945, the Dundas area experienced a significant housing boom, with many properties being constructed by the Housing Commission of NSW.

By the early 1960s, a significant proportion West Dundas (now Oatlands) had been developed into a densely populated residential area. 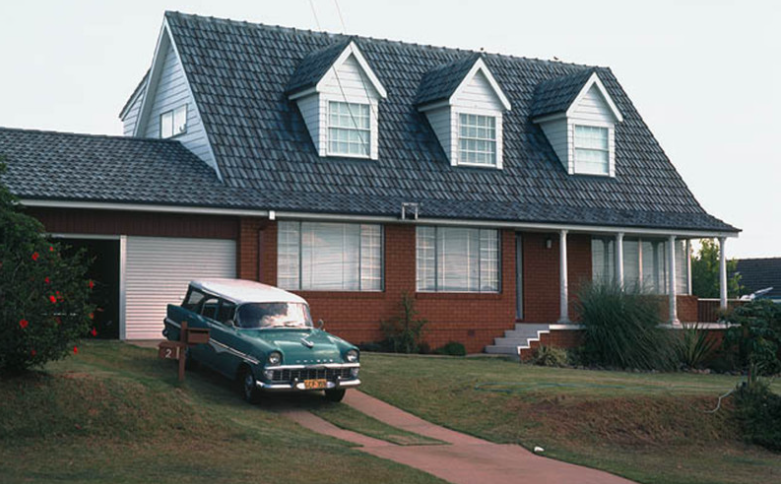 Over a little more than a century, Oatlands has grown from a grand rural estate to a densely populated residential suburb, framed by its championship golf course.

The City of Parramatta community profile for Oatlands lists the population as 6,136. The 2016 Census reported approximately 65% of local residents were born in Australia, with around 30% working in a professional occupation.[7]

If you’d like to know more about the suburb of Oatlands, or the history of the City of Parramatta Local Government area, please send us an enquiry.

[6] Burnside History. Retrieved on 4/10/2019 from http://cdn.uniting.org/burnside-stories/index.html#history

[7] 2016 Census QuickStats. Retrieved on 4/10/2019 from https://quickstats.censusdata.abs.gov.au/census_services/getproduct/census/2016/quickstat/SSC13063?opendocument