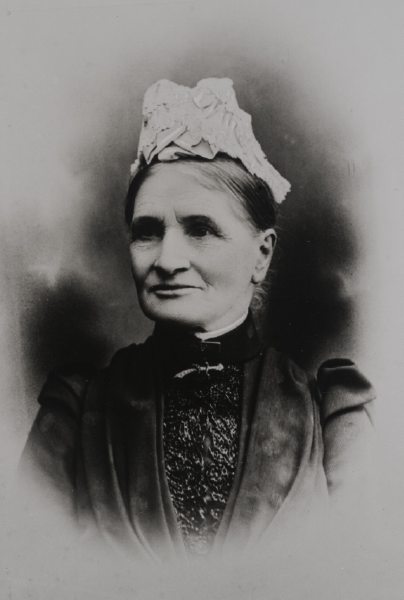 Jane Burn was appointed matron of the Parramatta Lunatic Asylum on 1 June 1865[2] following the death of former Matron Elizabeth Statham in 1864. Elizabeth Statham was previously Matron Superintendent of the Parramatta Female Factory before it was re-purposed as an Asylum for Lunatic and Invalid Convicts in December 1848. James Robertson Firth was appointed Storekeeper at the same time as Jane, succeeding Edward Statham, widower of Elizabeth.The first Surgeon Superintendents were Dr Patrick Hill who died a few months after taking up the position in 1852, and Dr Richard Greenup (1803-1866) who joined the asylum as medical superintendent in July 1852 at a salary of £600.[3]

During Matron Burn’s administration of the female division of the asylum, which lasted for 28 years until she retired in 1892, there was never a hint of impropriety or corruption on her part[4]

In 1878, the Parramatta Lunatic Asylum became known as ‘Parramatta Hospital for the Insane’.

Matron Burn retired on 5 October 1892 under the Civil Service Act 1884[5] and received a civil service pension of £98 and 2 shillings per year from 1 September 1892 when she was 72 years old. It was reported in the newspapers that even in 1912, when she was in her nineties, she was still receiving a pension[6]