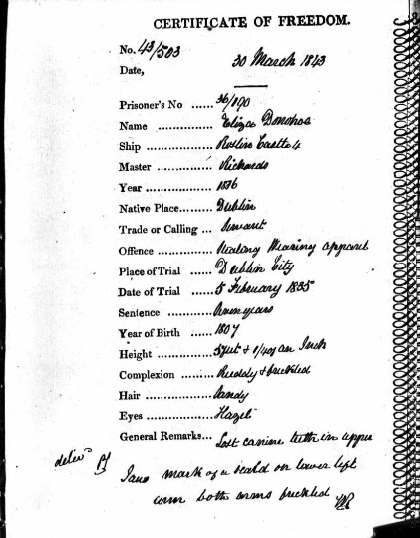 Elizabeth Donohoe arrived in Sydney in 1836, on the ship Roslyn Castle

She had been sentenced for seven years for stealing. At this time Eliza/Elizabeth was twenty-nine years old and already widowed. She had been sent to the Parramatta Female Factory on arrival like many who found themselves in Sydney. Ms Donohoe had been performing the duties of a midwife in the absence of any official position before she was appointed in the role in 1839. Elizabeth was paid one shilling and had been given the position by the surgeon in charge of the Factory and Matron Bell.

Ms Donohoe was the last midwife appointed to the Factory as in 1839 the Sisters of Charity started working at Parramatta. Elizabeth received her Ticket of Leave in 1840 and her Certificate of Freedom in 1843.