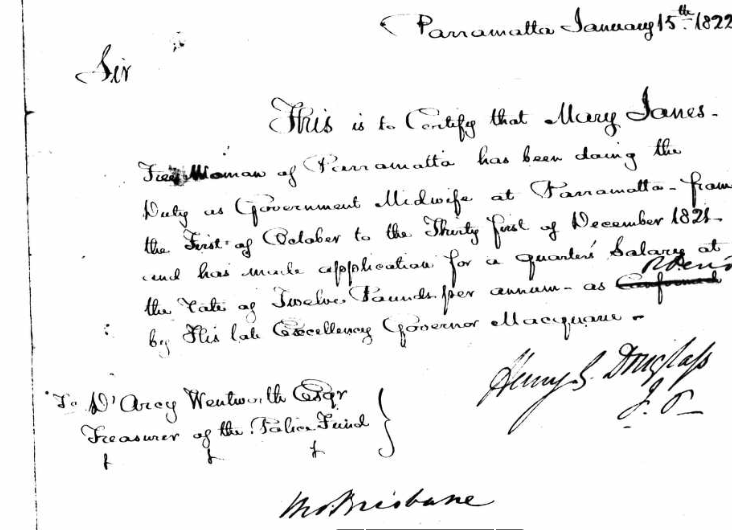 Mary Jones was the first midwife to have been called to assist at the Female Factory at Parramatta.

She arrived in New South Wales in 1814 on the Wanstead, under the name Mary White. In the 1814, Muster, she was registered as being employed as a midwife and having one child. Mary had been sentenced to transportation for seven years. She and a companion were convicted of theft after they admitted to stealing thirty yards of muslim fabric. Ms White  married Joseph Jones in 1815 and they were married at St John Church, Parramatta. It can be seen in the Colonial Secretary correspondence that Mary received a salary for the role of midwife in 1822 and 1824.

It is believed that Mary was the first midwife to be employed by the government to work at the Female Factory. She would have also been called to assist at the hospital and the gaol. She resigned in 1828 and at that time was still officially employed as Government Midwife.