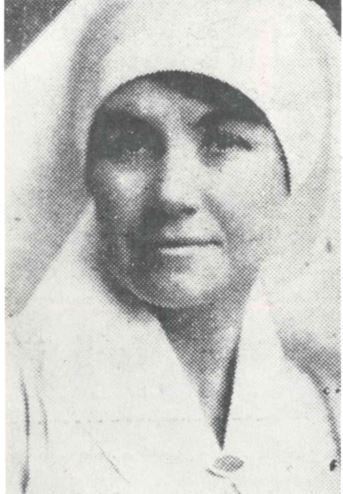 Eileen Tildsley Corderoy was born in 1891 in the district of Petersham, N.S.W. to parents Sydney Ernest and Georgina Kate Corderoy[2] (later of Manly, N.S.W.[3]). Her family was said to be a well-known in Parramatta with links to former Parramatta Alderman Frederick George Allen, a well-known builder.

Eileen was trained at Parramatta district hospital as a nurse, entering as a probationer in February 1914.[4] After 18 years of service, she has the distinct honour of being the first Parramatta Hospital Graduate Nurse to be appointed Matron in May 1932 after the resignation of Matron Viola Bellamy Morse, after 13 years of service. This was a milestone in the nursing history of the Hospital. She received a salary of £200 per annum.

Under the leadership of Matron Corderoy, many significant improvements were achieved at Parramatta Hospital including[5,6]:

After 27 years of service at the Parramatta District Hospital, she resigned in August 1941[] from her position as matron to marry Frank Readett (also spelt Reddett) of Crookwell on 13 September 1941 at the Congregational Church, Mosman.[7,8]