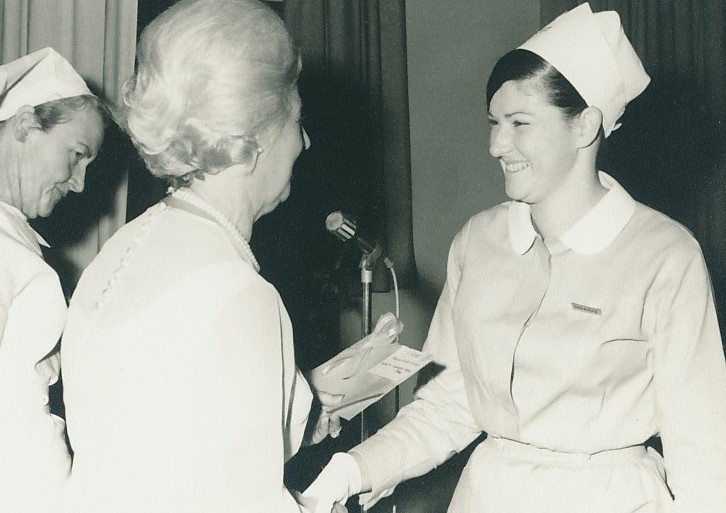 Margaret Gail Davidson is a trained midwife and nurse. She is now a volunteer at Brislington Medical and Nursing Museum. Thank you Margaret for agreeing to share your memories.

Can you tell us about yourself?

I was born Margaret Gail Telfer in 1946 at King George V Hospital in 1946. My older sister Jan was also born in the same hospital in 1944. My mother had lost her first daughter after a prolonged and badly managed delivery. From what my mother told us – the first daughter had severe brain damage, too severe to survive. My father had to arrange to have the baby buried, as mum was still in hospital recovering! Told to go home and forget this episode in her life – that’s how it was managed in her day.

Where did you grow up?

My father who was a carpenter and cabinet maker built our house in Rydalmere, which was the third house in the street. It was all bush at Rydalmere when I was 3 or 4 years old. Mum had a son named Stuart five years after my birth who was the joy of her life.

What inspired you to become a nurse and midwife, and were you ever involved in any other professions and why?

We grew up in the area and attended school in the church hall at Dundas whilst our local school was being built. I finished high school at Macarthur Girls High School, and wanted to become a nurse. I had been influenced by our next door neighbour who had been a nurse, and she encouraged me to start my training at Parramatta District Hospital (P.D.H.). My parents were proud that I had chosen this course, which I started on the 13 March 1963. I was at that time a cadet nurse and only 16 ½ years old. I went into lectures with the older nurses and stayed in that unit until I became very anxious about being in charge of the ‘Burns unit’ on night duty. I resigned from nursing on the 24 March 1965.

I passed the government test for “typing’” and became a Repatriation Department Clerk at the King York building in Sydney deciphering medical records from World War One and Two for claims for pensions – quite interesting work. I enjoyed the freedom of not having to work weekends, evening duty and night duty, but missed my old workmates and the atmosphere of being “on-duty”. I returned to nursing in 1969! Thus I had to do another 4 years of training at P.D.H., which I was prepared to do as I was now more mature and enjoyed my second bite at nursing.

How do you feel about the education and training that you received?

I was awarded The Rose Butler Award for general proficiency during my training years, plus I earned a credit in my final exams. 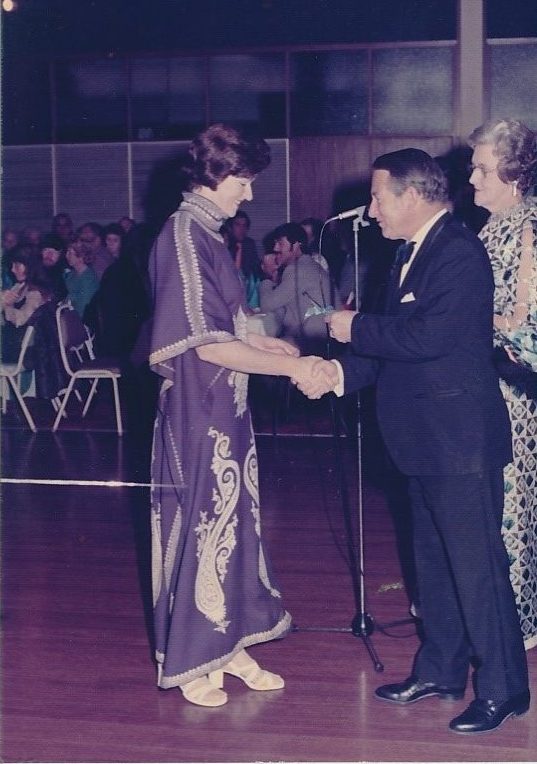 Which other hospitals have you worked in?

I had planned to go to England to do my midwifery training, but on arriving in England I met up with a group of girls from P.D.H. and planned to go travelling instead of studying. After having a marvellous time travelling in the summer I was advised to get a job in a large hotel, the Strand Palace Hotel in London. I applied for the position of staff sister when the position became available and I was successful in gaining that position. It meant a private flat overlooking the Convent Garden’s flower market and access to opera and symphony performances. I was on a 12 hour shift in the hotel covering Occupational Health and Safety – checking that the kitchens and the staff and hotel guests’ medical attendance were properly supervised.

What are your memories of the supervision of the nurses? Was it rigid or hierarchical?

I then came back to Australia to do my midwifery training at P.D.H. after having visited more countries on the way home including Nepal and Indonesia. Back to work at P.D.H. again – first in general nursing as a sister in the wards until the new course for midwifery started in about 3 months. Boy how had things changed – instead of the army discipline regime I had been used to, it was much more liberated for the nurses, even the pay was better! I didn’t have to live in the nurses home, and was allowed to live at home. I bought my first car and learnt how to drive – how liberating that was! 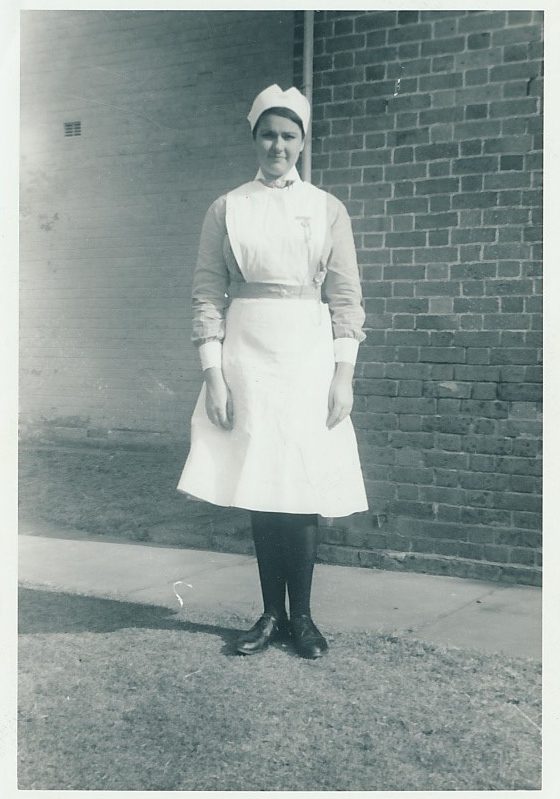 What did you feel was the community’s perspective on nurses?

During training for the general nursing certificate, because you had to work so hard for a very low wage, you were respected by the patients and the general public.

What was the most difficult part of nursing?

The supervision of trainee nurses was very rigid; seniority was strictly adhered to. I think the most disliked shift was the split shift which started at 06:30 until 09:30 and then 15:00 to 20:00. You were on the ward for the busiest times – showers, bed changing, meal times and dressings.

What is your proudest moment in nursing?

My proudest moment was when I was awarded The Rose Butler Award – totally unexpected!

What do you think of the current training that nurses receive, and how would you compare nursing today to previous periods?

I feel sorry for the trainee nurses who are educated off ward – they don’t know how to approach the patients; assess their condition; support and educate patients. In midwifery, the care given to the patients was totally different. The normal delivery patient was kept in hospital for 7 days, the babies were showered and changed by the nurses and brought out to the mother for feeding and then returned to the nursery where they stayed overnight. They were only given complimentary bottles if needed through the night. The mothers were allowed to rest, and were taught how to bath and feed their babies. Lower segment Caesarean section (LSCS) mothers were kept in hospital for 2 weeks to be given time to recover from surgery. Times have changed so much.

Have you stayed in touch with any other nurses?

I still keep in touch with a lot of the girls I trained with. We can take up where we left off after so many years!

I volunteer as a guide at Brislington to explain the history of the building and show the medical instruments. When I first started nursing in my second year training, I was allowed to live in Brislington Nurses Home. I lived on the ground floor side of Brislington – opposite the Old Police Station’s Court House. No Home Sister to control us, we were ‘trusted trainees’ and had our own laundry and kitchen.