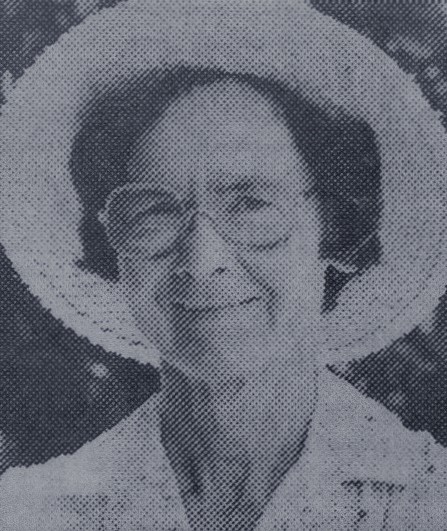 Avis Alma (nee Byron) Stretton was born in 1921 and grew up in rural NSW in Bakara, Menindee. After her schooling, she attended Our Lady of Mercy Commercial College in Parramatta. In June 1941 she successfully completed the Commonwealth Public Service nurses’ examination, and then completed her training over the next few years at the Parramatta Mental Hospital. [1] When Avis recalled her time training to be a nurse she said:

I trained there during the war years and really felt I was doing something to help people who realised they had an illness and were nursed back to good health. The grounds were so peaceful for the patients, many of whom worked in the gardens as therapy. We were their custodians during their periods of illness and saw them as people not as statistics. [2]

On the 18 January 1945 Avis was formally registered as a psychiatric nurse. A few months later on the 20 October 1945 Avis married John Stretton a resident of North Parramatta. They were married at St. Monica’s Church, North Parramatta, and the mass was solemnised by the Reverend J. Phelan. John had just returned from serving in the war with the Australian Imperial Force (A.I.F.) 9 Division. After marrying John, Avis left nursing and Parramatta, and moved with John to Gympie, Queensland to raise a family. [3]

Once Avis’ children were old enough, she decided to return to nursing at the same hospital where she had trained. Parramatta Mental Hospital was now called the Parramatta Psychiatric Centre, having changed its name in 1962. Avis went on to work for eighteen years as a Charge Nurse at the Parramatta Psychiatric Centre, retiring on the 23 March 1981. [4] In the years following her retirement she stayed close friends with many of the nurses and was actively involved in the hospital’s nurses and other staff reunions. [5]

Avis was a resident of North Parramatta when she died on the 28 November 2009 aged 88. Her service was held in St. Monica’s Church (the church where she had formerly been married), on the 4 December 2009, and she was buried at Rookwood Cemetery, Lidcombe.