The Parramatta Female Factory and Midwives - a brief introduction. 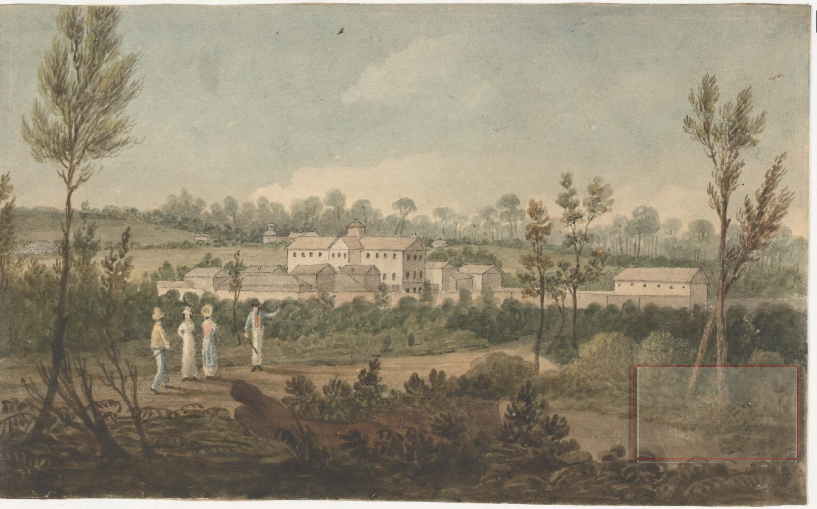 The First Female Factory – 1800 – 1820.
The first Female Factory, built in 1804 was located above the Parramatta gaol and was on the space that is now Prince Alfred Square. The top floor was meant to give a safe place as well a location to work for unassigned convict women.

It also served as accommodation for those newly arrived in the colony. Governor King stated that the place could be for industry as well as a confinement. Well-behaved women were chosen by settlers to undertake the work as servants and housekeepers. While those considered to be “incorrigible” of the convict women were sent to work at the Factory.
Here the women worked at looms, weaving various materials, including woollen fabric, sackcloth, linen, sail cloth and hemp. In 1806 72 convict women were employed in this way.

This same year Governor King expressed much concern over the state of women who worked and lived in the factory. He saw them as ‘thoroughly depraved and abandoned.’ In between 1803 – 1813 under the supervision of George Mealmaker and then Benjamin Barrow, various selectin policies and categorisations of character where used to separate the women there. This amounted to them being placed in different class group, determined by their ‘behaviour’ It was not until 1813 that an official enquiry was made into the treatment of the women at the factory. The enquiry was specifically made into the professional behaviour of Doctor Luttrell, the surgeon overseeing the Factory at the time, and he was found lacking in care and concern for his charges.

Large numbers of female convicts continued to arrive in the colony, including 89 Irish women on the Caanda in 1817. This also included women with eleven children. The factory was not equipped with cooking facilities, security and accommodation was increasingly over crowed and unhygienic. To this the women who worked at the looms preferring to stay in Parramatta town. All of these aspects lead to Commissioner J.T. Bigge to express his horror at the failures of the factory to care for the women’s physical and moral health. 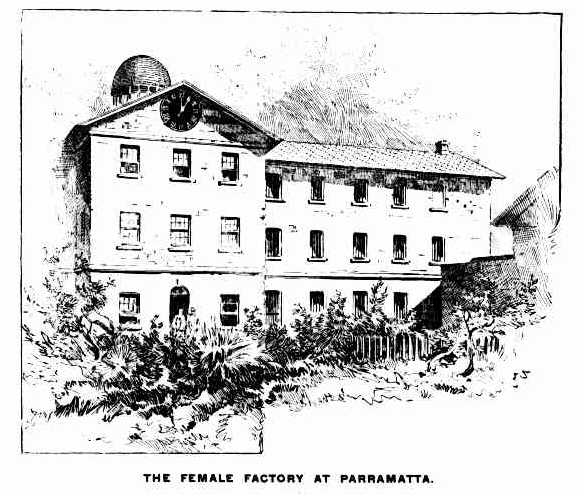 The Second Female Factory – 1821 – 1840: Laying- in and midwives.
The problems faced by the colony’s female convicts presented an issue for Governor Macquarie. In 1817 one of his many letters asking for formal assistance to build a new work and living situation for the female convict population, was given attention. It was then that Macquarie asked Reverend Samuel Marsden for his advice and thoughts. Marden had been highly critical of, not only the factory itself but also the women held there and living in Parramatta. Calling them ‘immoral and destitute’ seeing many of them as concubines giving birth to illegitimate children. Moreover, it had been this condemnation that had been one of the reasons Macquarie had written to England for assistance with a solution to these problems.
The second Female faction was commissioned by Governor Macquarie in 1816 and was designed by Francis Greenway on a plan similar to the Hyde Park convict barracks. Marsden had given the Governor plans of workhouses in Yorkshire as his contribution to a solution to the colony’s predicament.

The foundation stone was laid on 9 July 1818 by Governor Macquarie and by 1822, the new female factory was ready. A large stone building that included accommodation for 172 women, working space for weaving and looms, storage rooms, accommodation for some staff and large kitchens.

By 1827 the factory was home to 366 women. This number was but a small number when compared to the 803 who had passed through the stone walls over the past six months of the same year. These women were at the factory for a number of reasons and in 1824 the Factory had been seen as the first laying-in hospital in New South Wales.

By 1829 the factory was one of only two places that treated women of the colony who needed medical attention. A great number of these women needed assistance throughout pregnancy, birth and with infants. The Factory had become known as a lay-in hospital and a quote from a member of the public offers a colourful phrase of the time. The Factory “it is a favorite…and desirable place of seclusion for those convict females who are in that state, in which, Ladies wish to be who love their Lords”. Many settlers sent their pregnant convict servants back to the Factory hospital to be cared for.

To this, the role of government-employed midwives was seen as an important one. To the extent that Colonial Surgeon Patrick Hill thought, the Female Factory could be a place to train midwives. Midwives were employed in New South Wales, at the Factory in between 1822 to 1839. These seven women where paid for their work and appointed with recommendation’s from colonial surgeons and or the superintendent of the Factory. These women did not always have easy lives but were respected. They are part of the history of Parramatta and the profession of midwifery and nursing.

Research articles relating to the midwives of the Parramatta Female Factory are below: