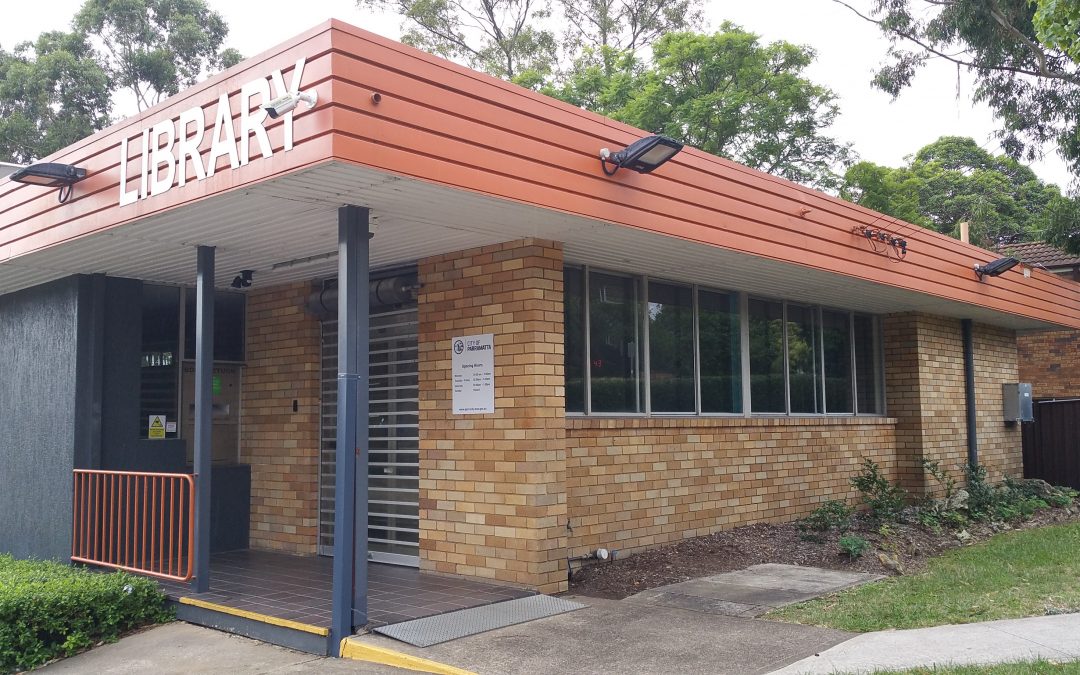 Constitution Hill Branch Library was officially opened on Saturday 15 September 1990 at 2:30pm by the then Lord Mayor Alderman Alan Aizley Hyam. At the time, it was known as Emma Crescent Branch Library, Wentworthville.

Constitution Hill was a locality of Wentworthville until 19 January 2007 when it was officially promoted to a suburb by the Geographical Names Board of NSW.

History of the Branch Library

The building was completed in August 1990, and internal fitting of the library including shelving and book stocking have been undertaken since that time. The building offered a single level library building with separate staff/work room and toilet facilities for male, female, disabled persons and staff. The work/staff room has an area of 49 metres square which is slightly larger than the other libraries in the area. Disabled access is available to all areas of the library.

In 2002, a design brief for the extension of the Emma Crescent Library in Toongabbie was released.

On Monday 22 August 2005 Emma Crescent Library officially reopened and was renamed Constitution Hill Branch Library after alterations and extensions. According to the Lord Mayor of the time Councillor David Borger “$1.2 million had been spent on upgrading the library” which was “double the size” of it 1990 original premises. The new library was also home to the now disbanded Toongabbie and District Historical Society and was more open with reduced shelf heights and wider aisles. It also featured a learning centre with more computers and Internet facilities, an expanded children’s area, an exhibition area, a young person’s area and language development space.

The Library is opening: