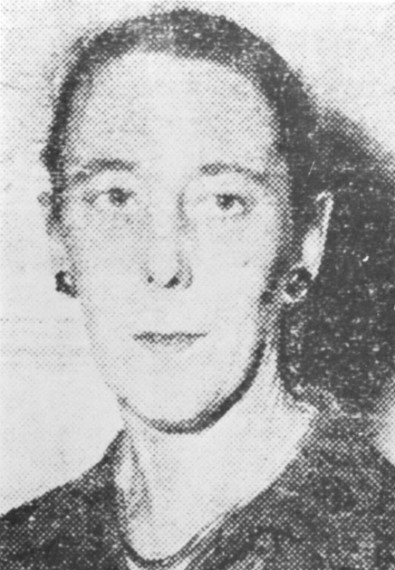 Miss Margaret Miller, B.A. was the First President of the Parramatta Business and Professional Women’s Association in 1961. She is also significant to Parramatta as she being the first Chief Librarian of the first Parramatta City Library from 1958.[1,2]

Margaret was born on 29 November 1914 in Stanmore, N.S.W., the daughter of Stephen George Miller and Margaret Mary (nee O’Brien). She studied and graduated from the Our Lady of Mercy College in Parramatta, N.S.W. In 1936, she graduated with a Bachelor of Arts  degree from the University of Sydney and then in 1937, she completed a further year of training at the Sydney Teachers College. From 1938, she worked as a high school teacher for the N.S.W. Department of Education until she transitioned to a career in librarianship in 1945.[3]

Taking a position as the Wade Shire Library Griffith N.S.W. Librarian in the Murrumbidgee Irrigation Area, she worked there from 1945 to 1948, before moving to Goulburn City Library N.S.W. as City Librarian for a year in 1949.

In 1949, Miss Miller’s was appointed first librarian to the Lake Macquarie Shire.[4] She was in charge of organising public libraries in the shire from 1950 to 1952 including the commencing of the Bookmobile library service – the first bookmobile to operate in northern N. S.W. after a successful trial in mid 1950. She oversaw the opening of the Speers Point central library in early 1950 which served as administrative headquarters for the Shire; the opening of the Boolaroo Free Public Library on 28 July 1950 at the former Boolaroo School of Arts, on Third Street, Boolaroo; the Belmont Branch Library on 14 August 1950 in the Community Hall, Pacific Highway in Belmont; and the Cardiff Branch in the former School of Arts building on 10 September 1951. The collection was classified under three main headings: novels and general reading; informative or educational; and books for children.[5]

In 1952 to 1958, Margaret was a Librarian at the Public Library of N.S.W. in Sydney. She completed her Registration Examination in 1954. She was also a member of the Library Association of Australia (LAA) – the former Australian Institute of Librarians 1937-1949 and present Australian Library and Information Association (ALIA), where she was the Honorary Secretary for the Board of Examiners from 1955 to 1957, General Secretary in 1962, N.S.W. Branch general Councillor 1963-66, Branch representative on the Library Board of N.S.W., and in 1977 was briefly Acting Executive Director until the appointment of Gordon Bower as the Executive Director in early 1978 of LAA.[6,7]

She became the first Chief Librarian for Parramatta Council’s first public library which was officially inaugurated on the 29 November 1958, by Alderman D. J. Mahoney. The Library was in the Jubilee Hall at Parramatta Town Hall following the vacating of Council’s offices to a new Administrative Building and the Hall becoming available for the library to begin operations. Leading the library’s operations, in 1965, she resigned from Parramatta Library and John Taylor was appointed.[8] Under her leadership, she oversaw:

In 1961, Margaret was also the first President of the Business and Professional Women’s Club of Parramatta, when it received its Charter. An advocate for women and librarianship, she promoted the role and career opportunities for future librarians and in an article published in The Cumberland Argus and Fruitgrowers Advocate (22 August 1962, page 3).[9]