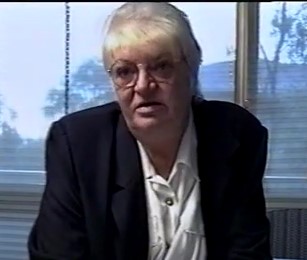 Sister Doreen Hennesy‘s experience and 20 Year Journey of Cardiac Rehabilitation in Western Sydney. She was working as a nurse in Westmead Hospital. This interview was recorded in early 1990s.

A 20 Year Journey of Cardiac Rehabilitation in Western Sydney: Cardiac disease affects many Australians each year. Before the seventies the condition, for most, spelt the end of a productive life.   Today, with the advances of medicines, surgical techniques, monitoring and cardiac rehabilitation the disease is under far greater degree of control.

Cardiac Facts: Australia has one of the highest incidents of cardiac disease worldwide.  New South Wales is ten percent higher than the national average and Western Sydney twenty percent higher than State average.  Western Sydney is referred to by some, as the ‘Cardiac Capital of the World’. Towards the end of the seventies, Parramatta Hospital was to develop revolutionary cardiac rehabilitation program that was to change the face of cardiac care.  The sister in charge of this unit was Sister Doreen Hennesy.

“I became involved in an era of cardiac treatment when the coronary care unit first came to vogue and this was in the late sixties or early seventies.  Prior to this patients were nursed in large medical wards and they were kept in bed for 6 to 8 weeks in the early sixties when I started my training.  When a patient got out of bed, they collapsed and mostly died because when you are in bed for 6 to 8 weeks and someone gets you out of bed your heart rate goes up and your blood pressure falls and they obviously go into a shock situation.
In 1972 when I became the Sister-in-Charge of the Coronary Care Unit at Parramatta,  cardiac monitoring and this type of thing was very new and exciting and we so conquered the cardiac arrest situation in many ways by treating the arrhythmias and this type of thing.  So a lot more patients were living that would of died.
However, they weren’t living. They were ‘wrapped in cotton wool, they were scared, they were terrified.  So I started an education program of the patient while they in hospital, explaining what the heart attack was to them in lay terms.
Dr David Cody who was the honorary director the Unit and I started early ambulation in 1975 where we were getting patients out of bed within 2 days of their admission.  This was unheard of! And some people used to look at us as if we were from ‘another planet’.  A few months after that were found out that the earlier they got up, the quicker they got better.  Some of these patients were living in units on the third floor, so I thought well why not? Make them walk up two flights of a stairs before the go home so they know that they will not get the chest pain when they walk up the two flights of stairs to their unit.
So this became a regime.  So the patients had to do two flights of stairs without chest pain, their pulse was taken before, their pulse was taken after.  So this was a form of cardiac rehabilitation, but it was not documented as such.”

In 1977 Sister Hennesy applied for and won a scholarship to study cardiac care in other countries.  Whilst in Canada she visited the Cardiac Institute at Edmonton.  The institute was supervised by cardiologist Dr Televi and was built by the people of Edmonton with the aim of helping cardiac patients return to a normal life. In the months to follow her return, Sister Hennesy uses this experience as a model to help set up the cardiac rehabilitation program in Parramatta Hospital

“In the late seventies, in 1978 we exercised the first patient, ten days after an ‘infa’ (infarction).  It was exciting. It was everything that I ever wished to do. It was also very frightening. Although, I had seen it all working in Canada and knew it was safe, the first patient was exercised in front of doctors from the Heart Foundation, the medical directors and physicians from Parramatta Hospital and I was just there with one bike and a little machine.  That first patient did well and lived until 1997.
So within two months, I had about forty patients and I was just one staff.  Then it grew and then I got more staff, more patients, at some stage we had 65 patients a day, just in a session in the evening where we used run the cardiac gymnasium.   It was also really a lot of fun, the nursing staff did it in their own time and we used the hospital’s equipment.  Sometimes, we had up to 80 patients in an evening, just coming in skipping rope, bench stepping using some of the equipment, calathletics, all this was done by these cardiac patients”.

Twenty Years after the establishment of the Cardiac Program, the original patients met at an anniversary dinner to reminisce, renew acquaintance and share twenty years of life after cardiac treatment.

“When I had the heart attack, I thought the end of the world had come.  With the cooperation of Doreen and the people down there, I realised it wasn’t the end of world.”

“My thing about the clinic and those day was the confidence it gave you to things that you were never quite sure of.”
“It was the single most important thing to make me realise I was not totally useless after the operation. Arrived at the exercise clinic, you have no confidence in yourself at all.  They wire you up and put on the treadmill and you realise after walking about 10 minutes, they push you quite hard as well, you realise you are not so totally useless after all there is air left in you.”

“Having a heart attack is a very shattering experience. When I started to go to the clinic I got confidence doing the exercises that Doreen recommended. I am very grateful to her for that.”

“I think it is a big saviour to people who have had heart attacks and my heartfelt thanks to Doreen and Libby.”

“I have been in cardiology practice for 20 years and there is no doubt that over that time, I have seen some quite amazing development in the treatment of myocardial infarction and the return to work and normal activities of these patients who previously were likely to have suffered major problems.  There is no doubt that over that period of time the incidents of coronary artery disease, the incident of death from coronary artery disease has declined but people still are sill suffering quite frequently infarction, unstable angina, requiring admission to hospitals.  There is still a strong social and psychological stigma to suffering myocardial infarction, great concern to the patient and the family and the work force.  It does not matter if the patient has been in hospital for a sort period time or long period of time, it still takes considerable time and effort to have these people return to their normal levels of activity.”

An important feature for treating people with myocardial infarction is try and treat them as early as possible.  The earlier the treatment is started, less likely there is be large arears of damaged muscle.   As a result, the outlook for the patient is much better, complications less and the chances of the patient returning to a normal lifestyle is that much greater.
The treatment of patient after a heart attack generally involves several procedures. The procedures range from invasive surgery to the use of clot dissolving drugs.

“With the use of thrombolytic drugs, the size of the myocardial infarction has decreased.  One of the problems, however, is that with dissolving the clot in the artery which will happen in about 60, 70 per cent of patients there is still the underlying coronary disease.  Therefore, the patient would normally have a coronary angiogram, the state of the arteries is assessed and more often then not one finds a culprit artery that is responsible for the infarction that maybe partially narrowed, 60, 70, 80 per cent narrowed.  That artery is then opened with a balloon that is passed into the artery and at the site of the plaque, the balloon is inflated, the artery generally improves quite considerably with the positioning the balloon.  The treatment now, is generally not only to perform the balloon but also to place a stent in that artery.  It is a small, metal, lattice-like structure which is implanted at the site of the plaque.  Results are considerable better with a stent being placed in the artery.  The chances of restenosis of the artery are considerably less in the next six months.  It is a very, very effective way of being able to deal with myocardial ischemia following myocardial infarction.”

Stress Tests: After a cardiac procedure carried out, the stress test will confirm the success or whether other procedures are indicated.  The stress tests occur at the direction of the cardiologist. This generally happens three days after release from hospital following an infarction or five to six weeks after bypass surgery

“This is the ECG machine that keeps a 12-lead ECG on the patient at risk before they start their exercise test.  During the exercise test, they are fully monitored on 3 leads throughout the time.  The reason this is done is because if the patient has a cardiac problem, the first thing we are looking for is ST segment changes on the ECG on the three lead.  As well as that we are looking for arrhythmias.  This the treadmill that the patients walk on.  We always use the Bruce protocol which is an international protocol that was made up by Bruce from Seattle in the early 70’s.  The patient starts off walking at a very slow pace.  At each 3 minutes, I increase the pace and inclination of the treadmill until the patient reaches his predicated maximum heart rate if it is a diagnostic test  or until the patient becomes fatigued or stressed and is just feeling himself I will stop the test.
This is the blood pressure machine which is necessary during a stress test to take blood pressure at rest and each minute during the test.  If the patient should develop cardiac symptoms of any kind, their blood drop and the test would be terminated.  It is important so I take the blood pressure every minute.
The test is not a pass or fail thing, it is really to see that the patient can cope with exercise levels.  If I terminated a test it would be due to hopefully fatigue, but could be ST segment depression on the cardiograph, it could be due to a drop in blood pressure, it could be due to the patient developing chest pain or due to an arrhythmia.  If any of things this occur the test is terminated and appropriate steps are taken such as the patient is referred straight to their cardiologist who in turn if the patient had ST segment depression and chest pain at the stress test at any level throughout their program over 2 years, they would be referred to their cardiologist and in turn he would have an angiogram and either an angioplasty, stent or coronary artery bypass.  In some cases just be treated with different medication.”

After cardiac treatment, depending on the results of the stress test a patients are ready to join the cardiac rehab program.