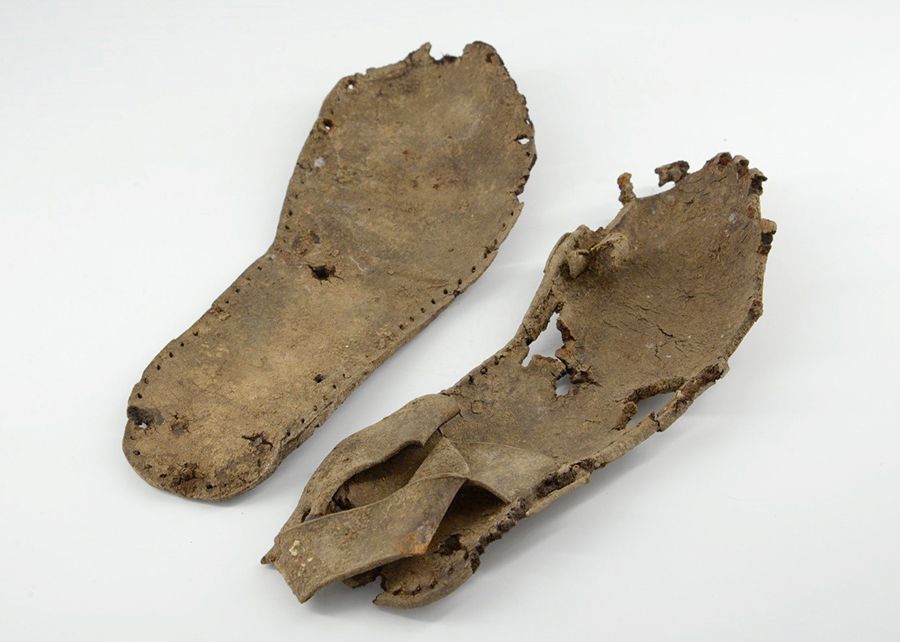 This object is a child’s leather sandal from the right foot. The heel strap is still intact and the two pieces of leather form the sole that were stitched together. It appears the stitching was done by hand which was prevalent until the introduction of machinery in the late 1880s. [1]

Discovered during an archaeological dig on the corner of Smith and George Streets in Parramatta, the 1989 dig site revealed a range of information dating from Aboriginal occupation to later settlements. These included a convict hut built by convicts in the 1790s and the site of the first Parramatta Inn known as The Hawkesbury Settler, later named Babes in the Wood during the 1800s. The site was later sub-divided during the Victorian era. [2]