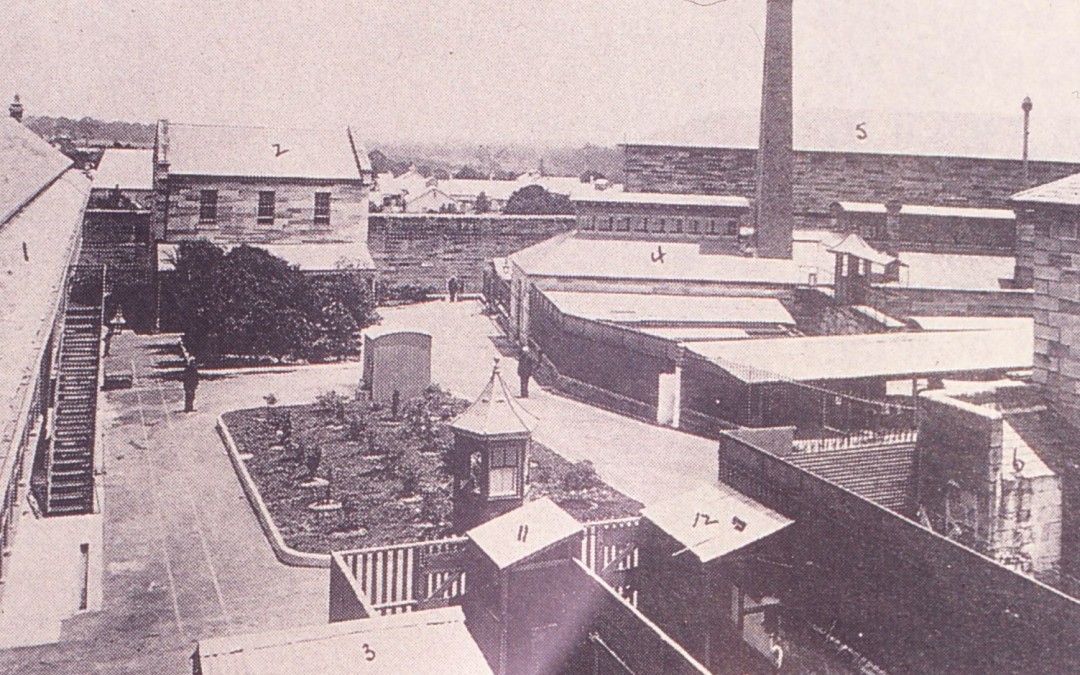 When the Parramatta Gaol opened its gates to receive inmates in 1842 it was only one of a number of public facilities on the North Parramatta. Next door were the Parramatta Asylum for the insane, the old Female Factory for women convicts and an orphan school. Together the building shared a drainage system which dated by to the early 1800s and which discharged sewage directly into the river.

Unfortunately this was upstream to where most of the inhabitants of Parramatta’s river banks lived and worked and was causing health problems downstream. The haphazard manner of expansion of the buildings across the site meant that incarceration at the gaol was a harder trial for inmates still housed in those parts not serviced by drains, or by the antiquated ones which were now finding it difficult to cope with the extra load.

The poor conditions were highlighted in 1892 when a prisoner named James Charlesworth died in the hospital of the Parramatta Gaol from an attack of typhoid fever. Charlesworth had been convicted of receiving stolen cattle at Walgett before being sent to Parramatta Gaol on 20 March 1891 to serve a four year term. He was admitted to the hospital on 11 February 1892 and  died there 8 days later. The inquest conducted by District Coroner Mr. J E Bowden the jury found that the prisoner had died from typhoid fever caused by the poor sanitary conditions caused by the drain in ‘number 2 yard’ [no pun intended].

It appears Charelsworth had been kept in ‘No. 2 Yard’ with about forty other prisoners and that two previous cases of typhoid had occurred there. The doctor (Dr. Violette) attributed the outbreak to the back draught emitting from the drain connecting with the main drain … leading from the Hospital for the Insane to the Parramatta River. Apparently this drain had been repeatedly flushed and disinfected but to no avail. Calls by Violette for a ‘stench-trap’ to be installed had failed even though he felt it was an urgent necessity. The jury’s findings must have gone someway to vindicating the doctor’s assessment but unfortunately there seems to have been little follow-up from the authorities.

Step forward 80 years and the issues of drainage were still a problem at the gaol. Unbelievably it was not until 1974 that the gaol connected the last cells to sewage pipes, at a cost of $105,000.