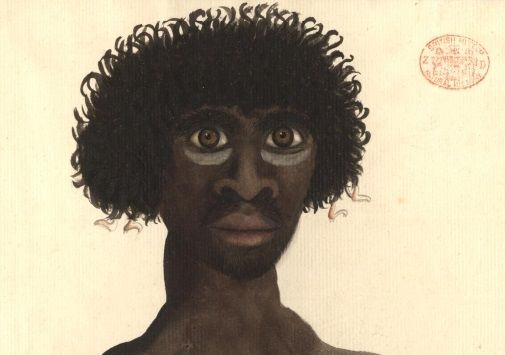 A significant figure in the history of Parramatta, Baludarri was a young Darug man who was living in the area when the Europeans colonists arrived in 1788. In early 1791, Baludarri befriended Governor Phillip, and joined the Governor’s expedition to the Hawkesbury, as a guide and translator. On his return, Baludarri started a fish trade with the European settlers. Baludarri fell ill with an infectious disease and died suddenly, aged approximately 17 years of age, in December 1791.

Baludarri, a young Darug man who befriended Governor Phillip in the early years of the colony, is often noted to embody what Hinkson terms “the fragile nature of the relations between the newly arrived British and local Aboriginal people”.[1]  The official records that exist relating to Baludarri include documents, diary entries, and expedition journals written by the early colonists, during the year 1791.

The written records present Baludarri through the eyes, and language, of the British colonists, though fragments of Baludarri’s voice can be discerned in the story constructed by these sources. Baludarri presents as a confident, likeable and resourceful young man with a strong sense of identity and fairness. Known variously in the records as Balluderri, Balloderree and Ballooderry, he was the eldest son of Darug elder Maugoran and his wife Gooroobera. Baludarri’s name is the Darug word for leatherjacket, a species of edible fish that was abundant at the time in the estuaries to the east of the Parramatta River[2]. It would appear Baludarri was well-named, as he grew to be a skilled fisherman.

As a child, Baludarri lived around the area now known as Parramatta, where the Darug people have been the traditional custodians of the land for tens of thousands of years[3]. When European colonists arrived in 1788, land clearances and building construction around the area began almost immediately. The local Darug people were displaced and, those who survived a smallpox epidemic in 1789, are believed to have been forced to move downstream on the northern side of the river.[4]

The settling Europeans initially called the area Rose Hill. However, on 4 June 1791, the British officer responsible for founding the new colony of New South Wales, Governor Phillip, adopted the Aboriginal name for the area, which he interpreted as Parramatta.[5]  Phillip proved to be, in many ways, a far-sighted Governor, eventually establishing a civil administration to govern the colony and a system for emancipating convicts. Phillip’s actions also indicate an admiration for the Aboriginal people he encountered, and he seems to have made attempts to nurture respect and co-operation within the colony. 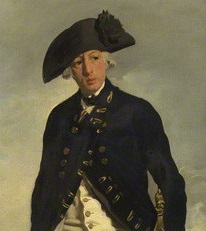 A guide and friend to Governor Phillip

By early 1791 Baludarri had befriended Phillip, and the Governor’s diary entries of the time indicate a genuine affection for the young man.[6]  In April of that year Baludarri and Colbee (a Gadigal man) assisted the Governor’s overland journey of exploration from Parramatta to the Hawkesbury.[7] Baludarri and Colbee acted as interpreters with other Aboriginal people they encountered along the journey, whose “dialect was different, but allowed communication.”[8]

A fascinating, detailed account of the journey by one the expedition party, Captain-Lieutenant Watkin Tench, appears in a book published on his return to London in 1792. Tench records that the two Aboriginal guides were in good spirits during the early part of the expedition. Far from being exhausted by the day’s trekking as the Europeans were, he noted they found energy at the end of the day for singing, dancing and play-fighting.[9] However, Tench’s account notes that towards the end of the expedition, Baludarri began to yearn to return home. Baludarri also refused to retrieve from the water a duck that had been shot, as he had tired of fetching food for the Europeans which was not subsequently shared with him and Colbee. Tench admits this charge “was true, indeed”.[10]

Upon returning from the expedition, Baludarri lived at Phillip’s Parramatta residence and was encouraged by the Governor to develop a fish trade with the settlers at Parramatta.[11] The Governor, apparently, “had hopes that this kind of trade system might take hold more broadly across the colony and underwrite a process of conciliation between the British and local Aboriginal groups”.[12]

The fish Baludarri could provide would certainly have been a significant boost to the food supplies of the new European settlement at Parramatta, which was surviving at subsistence levels, and particularly lacking in regular sources of protein. Baludarri built a new bark canoe and began bringing his catch into the township of Parramatta, where he bartered the fish in exchange for food and other goods. [13] 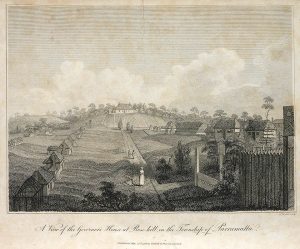 The Governor’s residence, Parramatta, c. 1798, where Baludarri lived for a short time in 1791. Source: Collins, D. “An Account of the English Colony in New South Wales”, London 1798

However, Baludarri had only been trading for a short time when convicts came across, and destroyed, his canoe.[14] Enraged by this act, Baludarri stormed into the Governor’s house wearing body paint reflecting his status as an initiated man with rights and duties, declaring to Phillip that he would seek ‘payback’. Captain John Hunter, who was present during Baludarri’s confrontation with Governor Phillip recorded

“[Baludarri] had his throwing-stick and several spears, and his hair, face, arms and breast were painted red, which is a sign of great anger”.[15]

The Governor evidently empathised with the young man, recording in his diary that

“his canoe was a new one, and the first he had ever been master of, so that may be supposed he set no small value on it”.[16]

However, Phillip directed Baludarri not to seek revenge, assuring him that the convicts would be brought to justice for their actions The perpetrators were subsequently identified and punished. It was recorded that one of the convicts was hanged, although the form and severity of the punishment was subsequently contested.[17] In any case, according to Aboriginal customary law, retribution was Baludarri’s duty, and in due course he speared a convict who had strayed from the Parramatta settlement.[18] On hearing of the spearing, Phillip, reacting with severity, ordered that Baludarri be outlawed from the colony, and shot on sight.[19] Enraged by this harsh treatment, and denied his livelihood, Baludarri was forced out to the peripheries of the settlement. He was occasionally sighted around the Parramatta township in the months that followed, and attempts were made to capture or shoot him, but Baludarri escaped each time.[20] As a result of Baludarri’s outlawing the fledgling fishing trade was abandoned.[21]

In December 1791, Baludarri became gravely ill following the sudden onset of a “high fever”.[22]  Further details are not known, though Kohen states that at this time

“a smallpox epidemic swept through the Aboriginal population around Sydney [and] it is probable that over half of the people in the Darug tribe died within the first three years of settlement”.[23]

On hearing of Baludarri’s illness, Governor Phillip revoked his outlawing of the young man. At Phillip’s request, Baludarri was found and carried to Sydney Hospital and treated by the Governor’s doctor. The medical care failed to revive Baludarri, and he succumbed to the illness a few days later.[24] Baludarri’s exact age when he died is not known, although, according to Flynn he was a young man, “probably a teenager”.[25]

Baludarri was buried in the garden of Government House in Sydney – now the site of the Museum of Sydney.[26] His funeral, arranged by Bennelong, was a significant event in early Sydney and, attended by members of the Aboriginal and Colonial communities, is considered to be the first cross-cultural burial in Australia. Baludarri was interred inside his canoe, with spears placed beside him, and his body wrapped in a jacket he often wore.[27] Governor Phillip returned to Britain a year later, in December 1792, and did not travel to the colony again in his lifetime. Phillip died in 1814. 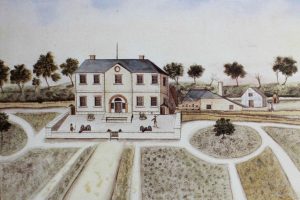 The events in Baludarri’s life recorded by the Europeans during the year of 1791, reflect the complex relationship between the early colonists and this extraordinary young man. Although genuine friendship, respect and collaboration are evident, ultimately, as Flynn notes

“[Baludarri’s] death presents a powerful representation of the factors of land-loss, cultural conflict and disease which eventually led to the near-total disintegration of Aboriginal society in the Sydney region”.[28]

Many generations have passed since Baludarri lived, and his final resting place is now in the centre of Sydney’s towering and frenetic Central Business District. As the years have passed, ‘Baludarri’ has often come to be viewed as the embodiment of the fragile, and ultimately failed, attempts at co-operation between the people of the Darug nation and the colonists during the early years of the European settlement at Parramatta. The recorded details of Baludarri’s interactions with the European arrivals are indeed interesting and illustrative, and provide part of his story. However Baludarri, a brave and enterprising young man who lived with passion and integrity, lived well beyond the narrative of these written fragments.

In 2008, a nature reserve in Parramatta was renamed the Baludarri Wetlands in honour of the Darug man, whose life was cut so tragically short.[29] In this peaceful inlet of greenery with the river flowing by, constant and ancient, we can remember Baludarri, and reflect on his life. Here, Baludarri’s voice is not in the written records – it is all around us. 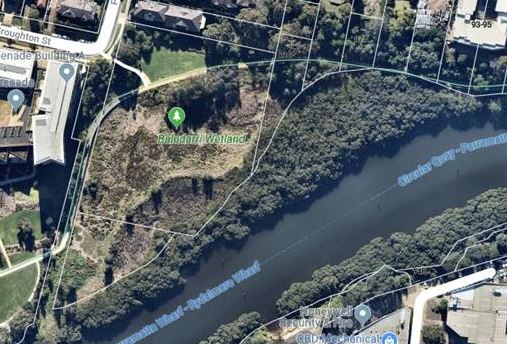 [If you’d like to research more widely, please refer to our Parramatta and District Local Research Guide Indigenous Culture Bibliography]

[4] Kohen, J. The Darug and their neighbours. Darug Link and Blacktown and District Historical Society, 1993, p. 51