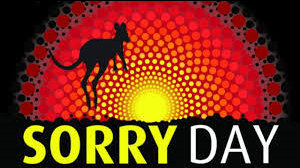 Officially, National Sorry Day marks the anniversary of the tabling in Federal Parliament of the Bringing Them Home Report of the National Inquiry into the Separation of Aboriginal and Torres Strait Islander Children from Their Families, on 26 May 1997. The day recognises the negative impact that Australian policies, practices and attitudes have had on Australia’s Indigenous population.

Sorry Day is part of the journey of reconciliation between indigenous and non-indigenous Australians and is a hugely significant one for Australia. There are a number of other moments that have been important to this journey:

These include the 1967 Referendum, in which 90% of the Australian population agreed that Aboriginal and Torres Strait Islander people should be counted in the census of the population and to allow the Commonwealth to make laws relating specifically to Indigenous peoples.

The 1992 Redfern Address, given by the Prime Minister Paul Keating that, for the first time acknowledged the need for recognition.

Recognition that it was we who did the dispossessing. We took the traditional lands and smashed the traditional way of life. We brought the diseases. The alcohol. We committed the murders. We took the children from their mothers. We practised discrimination and exclusion.

On the 26 May 1997 the Bringing them Home Report was tabled in Australian Federal Parliament. The report was the result of a national inquiry that investigated the forced removal of Indigenous children from their families. This landmark work gave a voice to the “Stolen Generations”, those children forcibly removed from their families in-between 1910 and the 1970’s. As much as 1 in 3 indigenous children were removed from their homes and placed in institutions and foster homes. Many of these children faced brutal hardships, including physical and sexual abuse. This report was the first time these experiences were heard and acknowledged in such a way.

The report highlighted that many issues facing Aboriginal and Torres Strait Islander communities (including substance abuse, mental illness and family violence) were strongly associated with the forced removal of children and the failure to provide healing. It concluded the forced removal of Aboriginal and Torres Strait Islander children was a gross violation of human rights.

Corroboree 2000 was a two day event held in Sydney on 27-28 May 2000. Here there was a meeting of both indigenous and non-indigenous leaders and the presentation of the Australian Declaration Towards Reconciliation. In which it was stated: Our hope is for a united Australia that respects this land of ours; values the Aboriginal and Torres Strait Islander heritage; and provides justice and equity for all. It was also here that the Prime Minister John Howard, “who skirted around the issue of an apology by expressing ‘regret’ for past wrongs. He felt that it was not the responsibility of the present generation to apologise for past practices.” The Walk for Reconciliation was completed by 250,000 people, Indigenous and non-Indigenous, who made their way across the Sydney Harbour Bridge. It was the largest political demonstration ever held in Australia.

On the 13 February 2008 the newly appointed Prime Minister Kevin Rudd made an historic speech in Federal Parliament. This speech was made to formally apologise on behalf of the government to the Stolen Generations, and he did this through a motion to the Parliament.

We apologise for the laws and policies of successive Parliaments and governments that have inflicted profound grief, suffering and loss on these our fellow Australians.