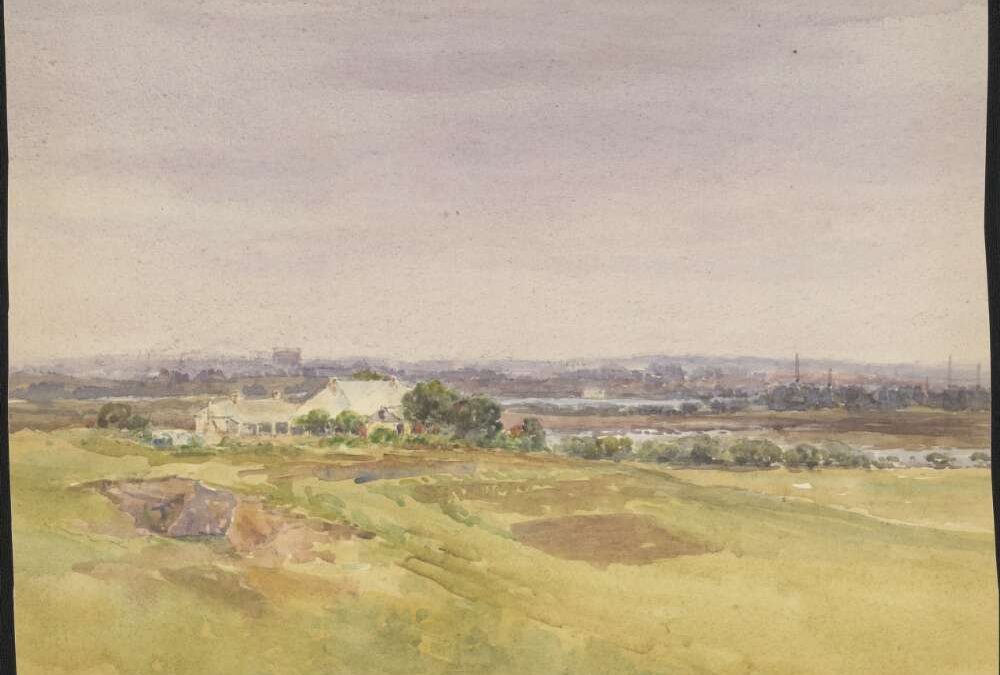 Rose Farm House is a heritage listed property located at 15-17 Honor Street, Ermington, New South Wales. Built circa 1820 by Alexander McDonalds (c.1745-1821), the original grantee. It is of historic significance to the local area because it is a rare surviving example of a historic early 1820s Colonial Georgian style cottage which has survived almost intact; the property demonstrates the importance of the river as an early transport route and the site grounds possess archaeological potential to contribute to an understanding of 18th and 19th century farming settlement (State of New South Wales and Office of Environment and Heritage, 2016).

Alexander McDonalds was one of the eight Royal Marine who came to Australia in the first fleet and granted 130 acres of land along the Parramatta River (Field of Mars) on 3 January 1792 by Governor Arthur Phillip. This single storey Georgian cottage was also known as McDonald’s Farm. According to a Coroner’s Inquest, McDonald died on 21 December 1821 with his wife Mary, son-in-law Thomas Style/Stiles and government servant from “accidental drowning, in consequence of the whole party being in a state of intoxication and quarrelling” while returning home from Sydney near Pulpit Rock (Sydney Gazette, 22 December 1821, p. 3; 29 December 1821, p. 3).

George McDonald inherited the property and on 12 March 1833, sold it to Henry Harvey for £1,500. Harvey was a former convict turned drapery businessman, baker, and later in 1861 was among the first nine aldermen elected for Parramatta Municipal Council.

The farm was known as “Rose Hill Farm” in 1872 when it was offered at auction. At that date, the property included an orchard, orangery, paddocks, plus a garden and shrubbery along with the cottage, laundry, stables and coach house, and a private wharf (‘Rose Farm Wharf’), constructed from double stone with earth infill. 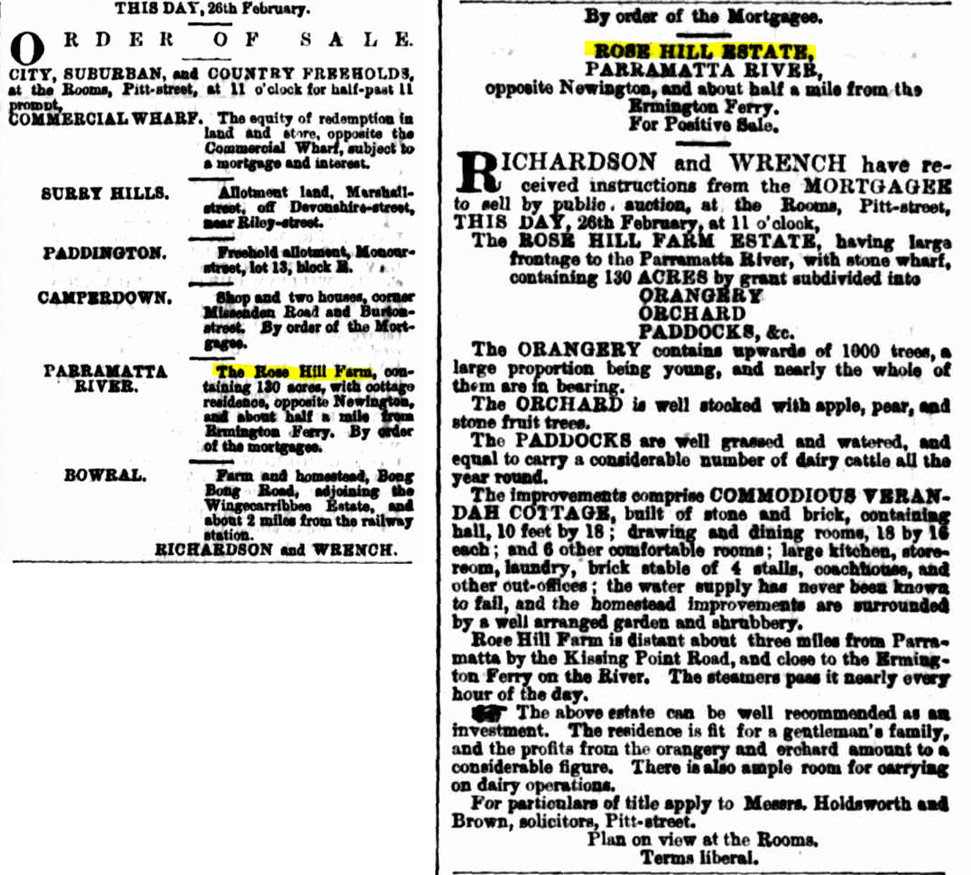 The remnants of Rose Farm Wharf can be found on the river bank of the park, near the signal station, 100m east of the former public wharf at Dundas Street/Spurway Street Wharf as indicated below from the George Kendall Riverside Park: Master Plan (2012, page 7). 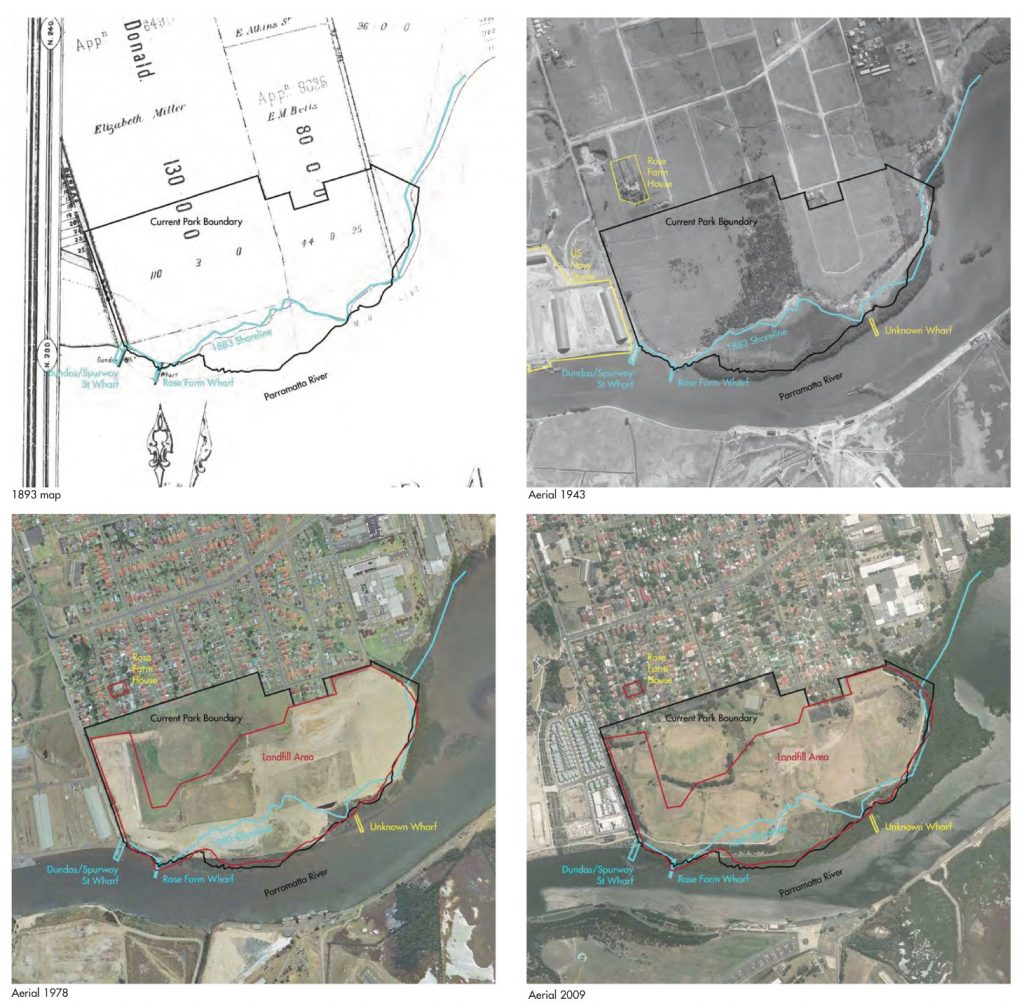 In 1964, artists Patrick and Patricia Mary Moy discovered the historic house, Rose Farm and bought it as their first family home in Ermington. Prior to this the house was said to have lay virtually unnoticed by historians (Roxburgh, 1974, p. 191-192; Smith,Plumb and Moy, 2015). Today Rose Farm Cottage is still standing but it’s farms have long since been subdivided. 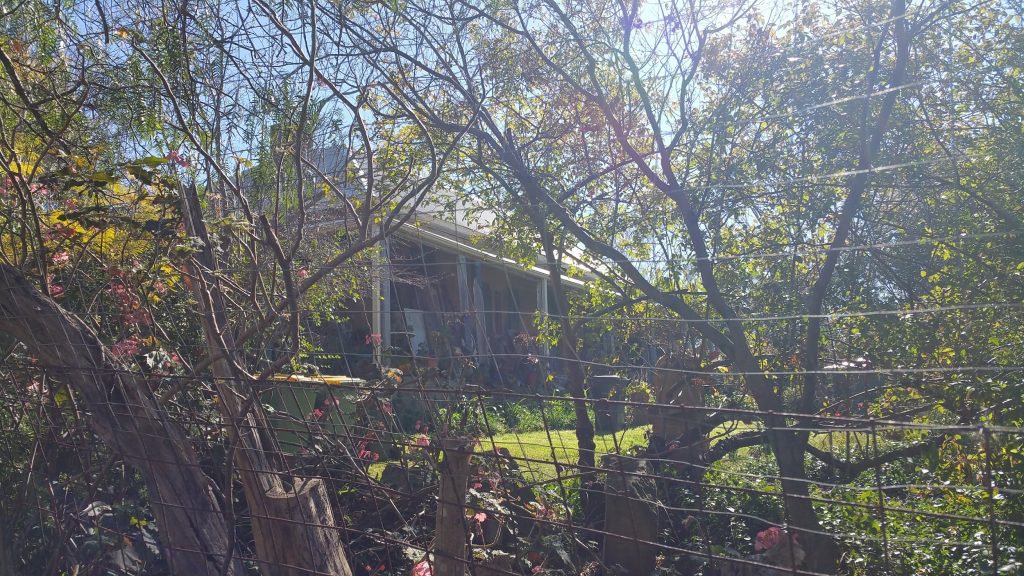