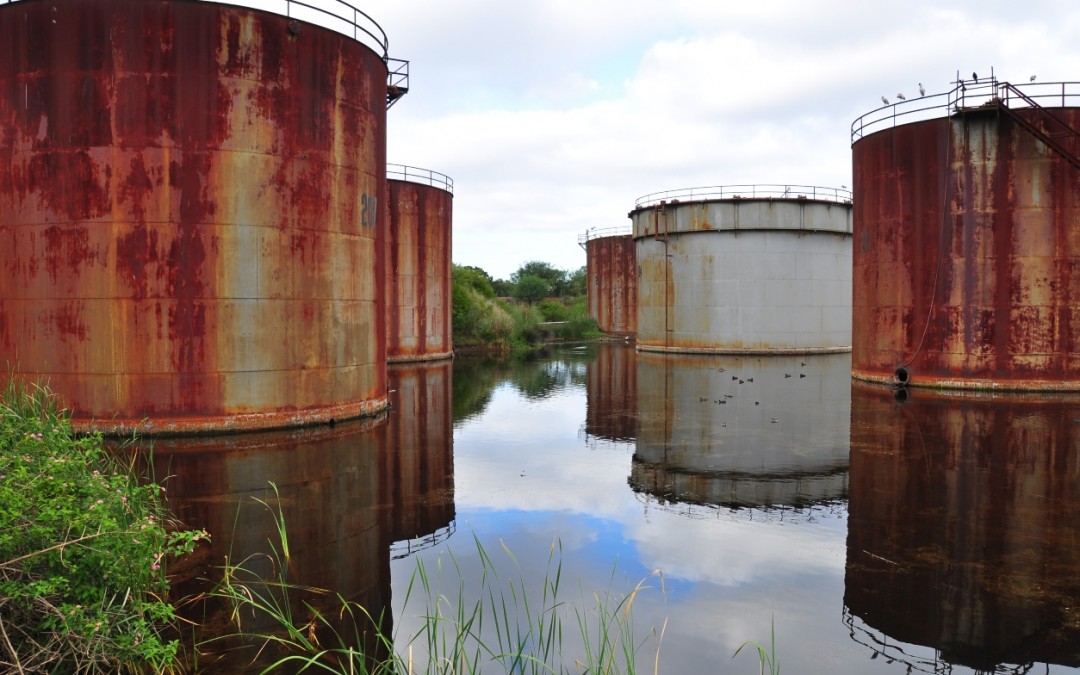 We have received a donation by Peter Archibald who was charged with the decommissioning of the Viva Energy site (formerly Shell) at Camellia.  As it was such an important part of the area’s history, it was a requirement by the Department of Planning and Environment to document as much as possible before the site is cleared.  The donation included photos, oral history and site plans.

This precinct within the Parramatta local government area has a strong industrial history, important in the development of New South Wales as well as locally.  It is currently earmarked for potential redevelopment and there are ongoing discussions regarding the possibilities for residential development on the site.

Shell bought Australia’s first oil refinery on the banks of the Parramatta River at Clyde in 1928.  Bought from John Fell, along with the Gore Bay shipping installation, both sites played a significant role in the supply of petroleum needs of New South Wales for almost 100 years.  The site was a major source of employment for the local Parramatta community.  Staff numbers peaked in the 1930s and 1940s when thousands of staff were employed.  In recent years this was reduced to about 300 staff employed along with a couple of hundred contractors.  During World War Two, the Shell site at Clyde was a major supplier of fuel for the Australian war effort and this buoyancy continued during the 1950s and 1960s as Sydney’s west expanded rapidly.  Fuel prices tripled during the 1970s and 1980s and it was only in the 1990s that the competition from refineries in Asia began to be felt followed by competition from a much more global marketplace in the 2000s.

Included with the donation is a timeline summarising the site’s development: