The Lancer Barracks and the Lancers 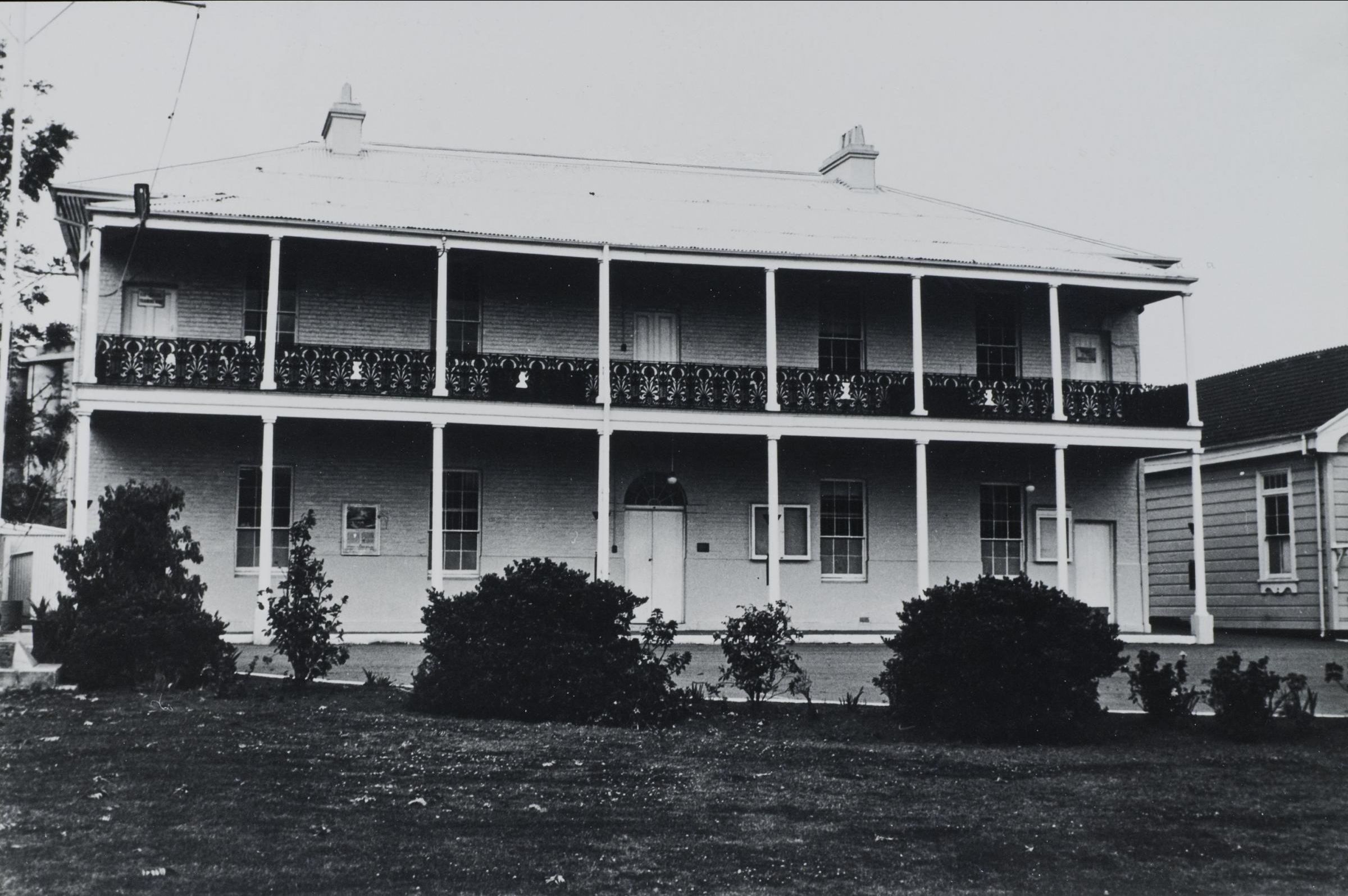 The military barracks originally stood in eight acres of land, being enclosed by a brick wall in front and stockade on the three other sides. In his report, Governor Macquarie described Lancer Barracks as: 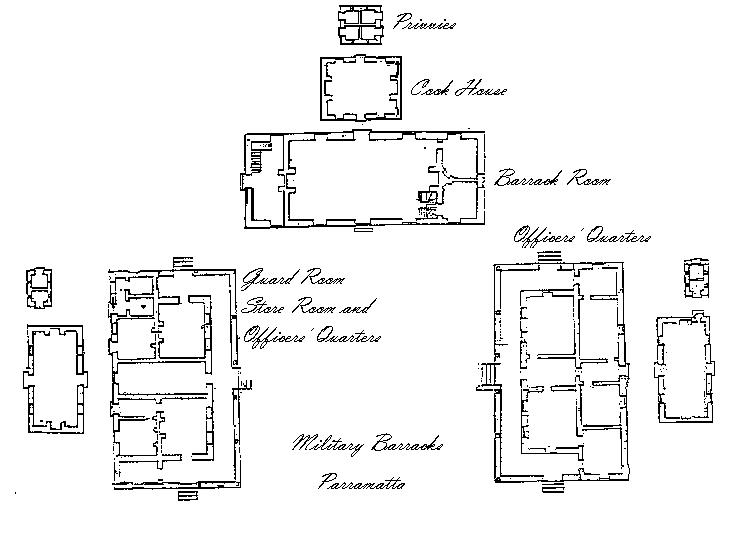 Lancer Barracks, then known as the Upper Military Barracks, became a Regimental Headquarters and underwent alterations to make it a barracks for Officers only. In 1833, repairs were undertaken to cut out decayed bricks.

The British garrison, then represented by the 58th Regiment of Foot, was withdrawn in 1850. After that, the group of buildings had various occupants, including Royal Sappers and Miners (forerunners of the Engineers). In 1862 after major repairs, the barracks were handed over to the NSW Mounted Police, who stayed there until 1897.

The second phase of military use of the barracks began in 1891, when “K” or Parramatta Troop of the NSW Lancers was formed. In 1897, the Regimental Headquarters was moved to the barracks, which has been known as Lancer Barracks since that time. The almost 130 years of the Lancers association with Parramatta is, probably, the longest continuous association between a military unit and its local community in Australia.

Lancer Barracks is significant for the following reasons: 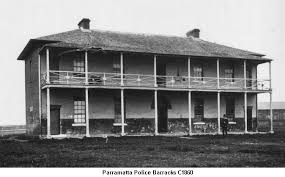 The Lancers are one of Australia’s oldest and its most decorated Regiment. It has had thirteen different names since its inception in 1885. Some of the key name changes are as follows:

From 1885 to 1948, the Regiment was the Vice-Regal Escort. This meant that, whenever the Governor of NSW and, later, the Governor General took part in a major public ceremony and required a military escort, the Lancers provided it. Examples included the arrival of Australia’s first Governor General after Federation in 1901, the opening of the first Commonwealth Parliament in Melbourne and the opening of the Sydney Harbour Bridge in 1932. In 1893 the Lancers became the first British Colonial Regiment ever to send a detachment to England to escort Queen Victoria through the streets of London.

The Regiment’s active service history began in 1899, when a Half-Squadron of Lancers commanded by Captain “Fighting Charlie” Cox landed at Cape Town in South Africa, to fight in the Boer War, Australia’s first ever war, often known as Australia’s forgotten war. They were the first British Colonial volunteers to land and see action, and the first Australian troops ever to see serious military action.

At the outbreak of World War 1 in 1914, the Australian Military Forces (AMF) were almost entirely part-time militia. The Constitution prevented these militia units from fighting outside of Australia. The Australian Government therefore raised an entirely new force of volunteers, called the Australian Imperial Force (AIF), specifically able to fight overseas. The initial ranks of these new AIF units were usually formed from volunteers from the AMF units. The bulk of the 1st Light Horse (AIF) was drawn from the NSW Lancers.

Throughout the war most of the AMF units, including the NSW Lancers, remained unchanged in organisation and name, but the AIF drained from them members who volunteered and were fit for war. In addition, a number of experienced veterans were taken into the AIF as home-based instructors.

The Regiment was organised in three Squadrons:

Sydney and Parramatta Squadrons patrolled the coast from Manly to Pittwater and, in 1916, sub-units were sent to guard the Prospect Reservoir.

A total of 15 Australian Light Horse Regiments formed the bulk of 4 Light Horse Brigades which fought at Gallipoli and, subsequently, in the Suez Canal Zone, the Sinai and Palestine. 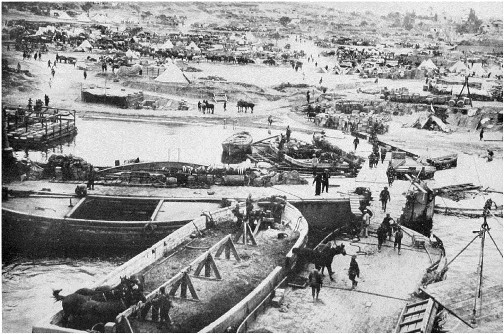 You can discover more details about the 1st Light Horse (AIF)’s actions at Gallipoli in a related article on this website, “World War One – the 1st light horse regiment (AIF) at Gallipoli”.

On the allied withdrawal from Gallipoli in December 1915, the 1st Light Horse (AIF) returned to Egypt, were re-united with their horses and became a part of what was eventually known as Harry Chauvel’s Desert Mounted Corps. Their first role was to help stop a Turkish advance across the Sinai Desert, which was threatening the Suez Canal.

From the 3rd to 5th of August 1916, The Regiment played a prominent part in the Battle of Romani in the palm hods of the Suez Canal Zone. This battle halted the Turkish advance on the Canal and ultimately led to their withdrawal across the Sinai to a strong defensive position, linking Gaza on the Mediterranean coast with Beersheba, 50 miles inland adjacent to the Judean Wilderness. It played important parts in both the first and second battles of Gaza, before a new British strategy led to the famous Light Horse charge at Beersheba on the 31st October 1917, and the subsequent destruction of the Gaza to Beersheba Turkish defensive line. This opened the way for the allied push into Palestine, the fall of Jerusalem and Damascus and the eventual surrender of the Ottoman Empire on 30th October 1918.

On 1st November 1936, the Lancers were de-horsed and became the first motorised machine gun regiment in the British Empire. They were mounted in trucks and armed with the Vickers medium machine gun. On the outbreak of World War 2 and the raising of the Second AIF, Lieutenant Colonel Whitehead, M.C., the commanding officer of the Lancers, left with 100 others of the Regiment to help form the 2/2nd Machine Gun Battalion (AIF). This Battalion was sent to the Western Desert, fought the Germans at the crucial battle of El Alamein and later, in the defence of Australia, fought the Japanese in New Guinea and Borneo (now Indonesian Kalimantan).

Meanwhile, the Lancers had been converted to a tank regiment, armed with the British Matilda Infantry Tank. This tank was considered obsolete in Europe and quite unsuitable for jungle fighting, water crossings and amphibious landings – precisely the sort of warfare Australia was going to fight in defence of the country from the Japanese. The Lancers, ultimately known as the 1st Armoured Regiment (AIF) (Royal NSW Lancers), became the only AMF armoured regiment deemed proficient enough to be designated AIF. At two signature battles – Sattelberg, New Guinea in 1943 and Australia’s largest ever armoured assault at Balikpapan, Borneo in 1945, the Lancers played a crucial role in turning an obsolete tank unsuitable for jungle fighting into the finest jungle fighting tank of World War 2.

After the war and the creation of Australia’s first standing, fully professional Army (the ADF) in 1948, the Lancers became the premier armoured regiment in the Army Reserve (ARA). The Regiment has moved through roles as an armoured regiment, an armoured reconnaissance regiment and today, as a light cavalry scout regiment. It supports the ADF by sending individuals and sub-units to active service locations such as Afghanistan and peace keeping missions, such as the Regional Assistance Mission to the Solomon Islands. This year it has been extensively deployed to support the Civil Power on Bushfire and COVID work, and in manning the Victorian border.