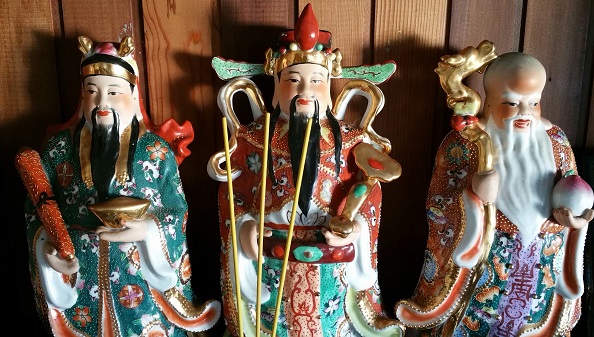 In 1868, Reverend J. K. Tucker wrote in his observations of the Chinese attitude to religion:“With them all religions are equal, as they are in Australia and this favourite colonial opinion, they will tell you, has been cherished by them for more than two thousand years. They have a total absence of persecution and bitterness on the subject of religion arising not from apathy but from natural politeness …They have a national pride and traditional preferences but they are also atheistical their system of beliefs refers only to time and the duties of the present world”[1]

For Chinese immigrants to Australia, traditional Chinese religion, especially ancestor worship was and continues to be important in connecting with their cultural heritage, identity, values and beliefs. Chinese temples or joss-houses were built in many gold mining towns and cities dedicated to, and contained, the effigies of various Chinese deities associated with Buddhism and Taoism, including:

Worshippers prayed and made sacrifices to their ancestors and these gods for health, prosperity, safety and good fortune.[2]

A Joss house is an old English name for a Chinese temple or shrine where an idol or idols were worshipped. One of the few rare examples of an early nineteenth century Chinese temple built in 1898-1904 is the Sze Yup Temple & Joss House on Victoria Road in Glebe.

In Parramatta, around the mid to late 1800s, there was a joss house reportedly located behind the former Road and Traffic Authority (RTA) at 109-113 George Street in Parramatta[3] and in 1921 The Cumberland Argus and Fruitgrowers Advocate reported that 197 Church Street, Parramatta was used as a joss house. Charlie Hung who leased the property from K. Moon of Sydney and managed 3 joss houses, another 2 in Sydney; was convicted in 1921 of using the premises as an opium den and illegal gaming.[4] 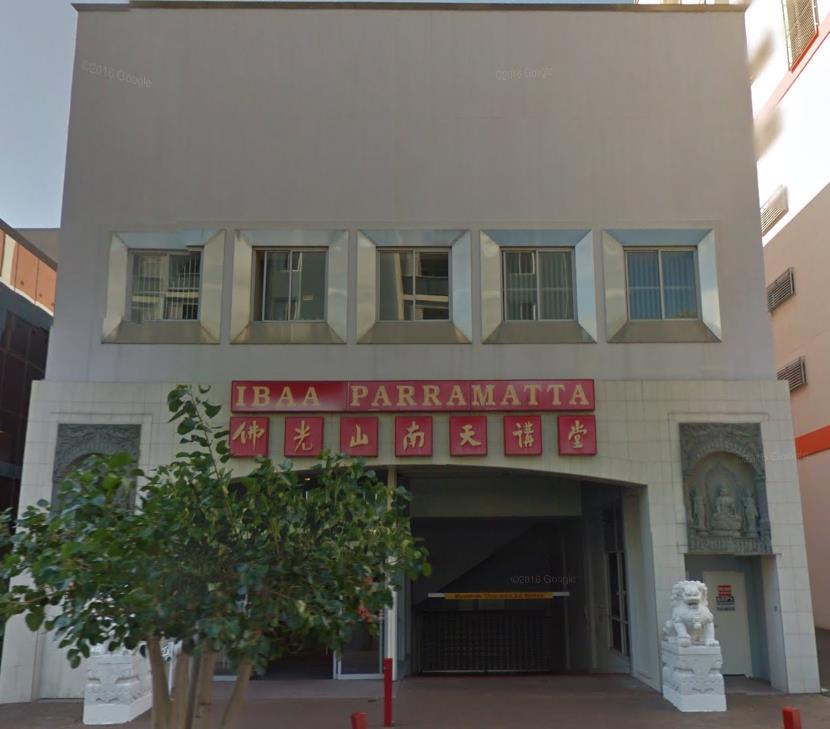 The Chinese do not have a formal central binding religious dogma in the same way as Australia and much of the Western worlds have Christianity. Religion was not monotheistic, thus religious tolerance was accepted and adapted into their own belief system much like Buddhism was brought to China from India in the first century.[6]

Christianity appears to have been introduced to China as early as 635BC in the Tang Dynasty (618-907) based on the 1623 discovery of a 1,780 Chinese character stone tablet from 781BC when a Syrian Nestorian called A-lou-ben (Alopen) visited the Chinese capital.[7]

Many Chinese in Australia accepted Christianity in order to become part of the wider community and through the adoption of the religion of their Caucasian spouses. The Anglican, Presbyterian and Wesleyan Methodist churches all established missions in the major Chinese centres.[8]Between 1850 to 1920, there were Chinese who attended church services in Anglican, Baptist, Catholic, Methodist and Presbyterian churches throughout Australia[9]

The Church of England’s mission among the Chinese in Sydney became active after it employed a Chinese Christian from San Francisco, George Soo Hoo Ten 司徒千(1848-1934), who was ordained in 1886 at St Andrew’s Cathedral in Sydney. To meet the growing Chinese Christian community, a church was built by Chinese converts at Botany. By 1891, the Church of England Chinese Mission had converted 1,871 Chinese in New South Wales, compared with 722 converted by all denominations in New South Wales. With the financial support of the Chinese community, Ten erected another church in Wexford Street, Sydney.

Three years later on 16 September 1884 a large ‘novel proceeding’ of 100 Chinese men, some with their wives and families gathered at St. John’s schoolroom Parramatta  for tea and a religious service conducted by Chinese catechist George Soo Hoo Ten. Hymns were sung simultaneously in Chinese and English.

Almost a decade later in June 1895, another large gathering for a Chinese service was held at St John’s with Reverend George Soo Hoo Ten, Archdeacons Gunther and Langley addressing the assembly. The Chinese choir from Sydney were also in attendance. 15 months later on 24 September 1896, four Chinese converts were baptised in the presence of a large Chinese congregation.

Since 1997, there has been a Chinese congregation at St John’s Anglican Cathedral in Parramatta[10]. Some other Christian Anglican churches offering services in Chinese include the Evangelical Chinese Church located at 16 Mason Drive in North Parramatta, St. Paul’s Anglican Church on Moseley Street and Vickery Avenue in Carlingford.

The Presbyterians were the first to try to convert the Chinese, although little success was achieved until the arrival of John Young Wai (c1847-1930) in Sydney in 1882. Young Wai was originally an Anglican convert from Victoria. After arriving in Sydney, he established two Chinese Presbyterian Churches in Forster Street and in Waterloo. On 22 October 1898, Young Wai was ordained and inducted as a Presbyterian minister to serve as a ‘missionary among the Chinese in the Colony’.

In 1889, the Parramatta district established its first Chinese Presbyterian Mission on Lamont Street with David Shing, who had previously assisted Young Wai as its guardian.