Recreational Facilities of the Male and Female Lunatic Asylum 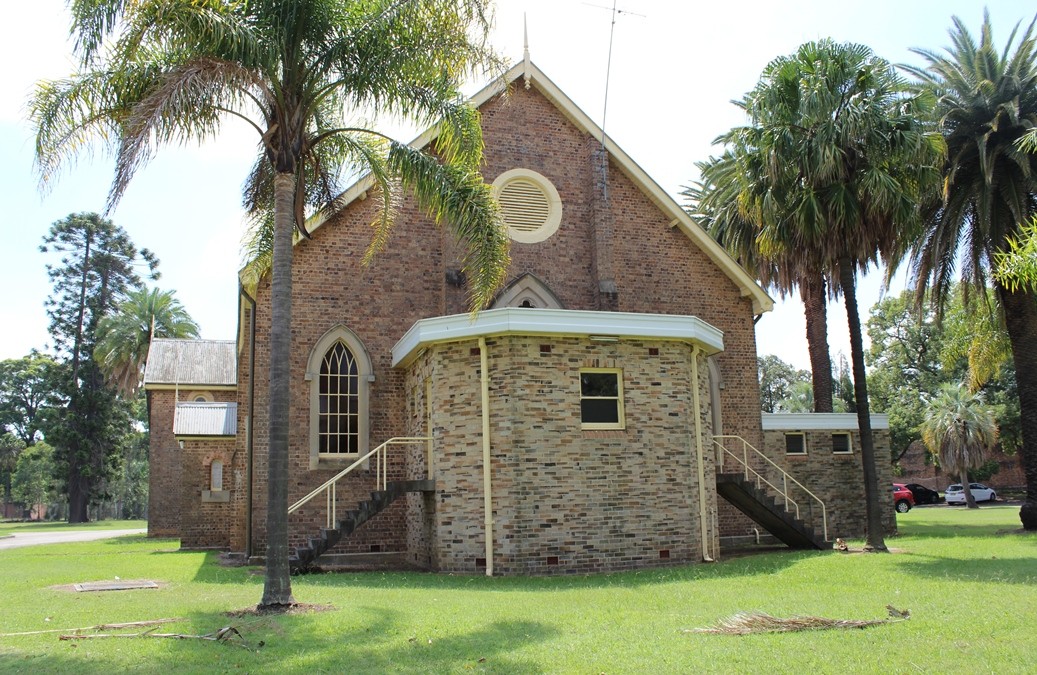 The Parramatta Male and Female Lunatic Asylum was not designed to imprison patients but to cure and restore health to the mentally ill. Access to sunlight, gardens and recreational activities was seen as important part in assisting the recovery of the patients and this is reflected in the construction of recreational buildings and landscaping.

Recreation Hall and Chapel Construction of the Recreation Hall and Chapel began in response to the prevailing idea that patients required a hall and chapel in order to improve their physical and mental health. It was also believed that it should be some distance from the main buildings to ensure patients received some exercise. Chapels were not normally consecrated, and had a dual purpose of being a recreation hall and place of worship. The construction of the Recreation Hall and Chapel adjacent to the Female Asylum Precinct began about 1887, but was not completed until 1892 due to lack funds. Activities that took place here included readings, dancing, concerts and talks. The building has gabled and flat roofs clad in corrugated iron, with the main gabled roof having a central vented steeple. Further gabled brick additions and flat roof additions were made in 1967. The building also has brick arches over timber doors, and the south eastern side features original Gothic styled pointed arch windows. The building over the years has had many modifications, however the original form and details remain.

Cricket The Parramatta Asylum also had shelter sheds that were constructed to provide covered outdoor areas for patients. The former Male Asylum Shelter Shed in the Recreation Grounds was originally constructed in the 1860s, and later altered in 1933. The original structure was most likely smaller and possibly had its timber columns replaced in 1933, as the internal face of one of the posts is marked with ‘cc 1933’.[1] It was also known as the Cricket Shelter Shed, and is one of two male shelter sheds still remaining on the site. This building played a significant part in the cricket matches and recreational activities at the asylum. The Cricket Oval, as well as the Cricket Shelter Shed, were marked out and constructed in 1880. Much of the landscaping from this period survives around the oval. Photographs of the site indicates that trees, figs and pines were regularly planted around the building.

The Swimming Pool The Swimming Pool in the Parramatta Asylum Precinct was constructed in 1966. It has a change room and other facilities. The swimming pool complex also features 2 former air raid shelters that were installed about 1940. These are located in the northern and southern corner of the northern site boundary. [2]

Landscaping The Parramatta Asylum originally had more noticeable paths and lawns, though the mature plants and trees associated with Central Male Courtyards have been retained, and can be seen around the buildings today. Patients would also have enjoyed outdoor entertainment which included fish ponds, aviaries and ornamental fountains. Remnant landscaping associated with the former Female Asylum Precinct that were planted from the 1880s into the early 1900s still remains. The former 1870s Female Division was demolished in the early 1970s, but the landscaping was left intact. The landscaping that remains is a valuable way to remember and interpret the character of the Parramatta Asylum Precinct.