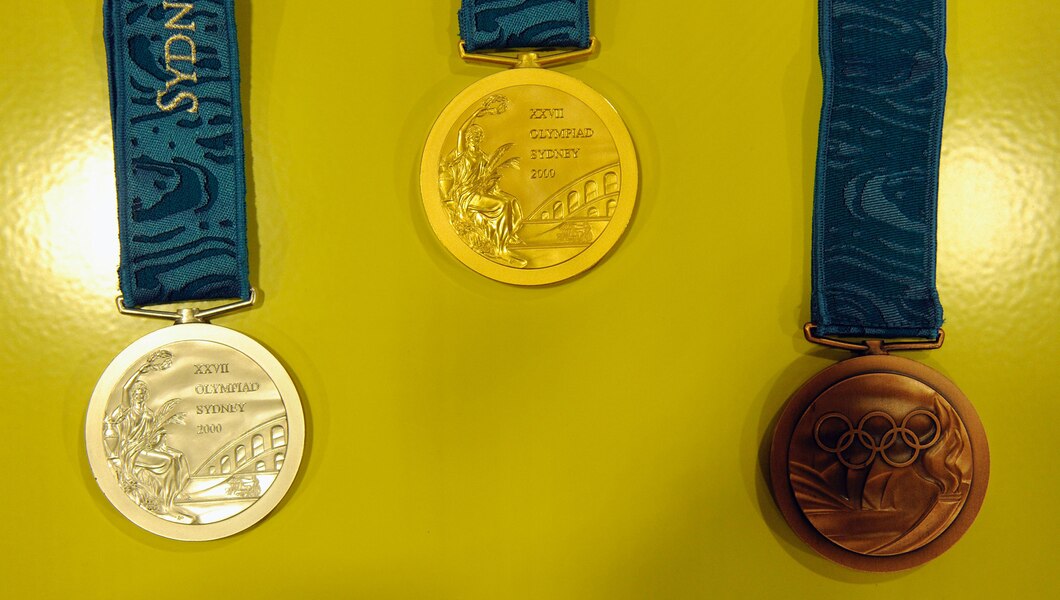 In July 1998, The Medal Ceremonies Sub-Program sent invitations, to 18 prominent artists, sculptors, jewellery designers and design students to select a design for the Olympic victory medals. Four months later, contestants submitted their designs on paper together with actual size replicas. A panel of six experts judged these designs and replicas. The unanimous choice was the design of Woijciech Pietranik. 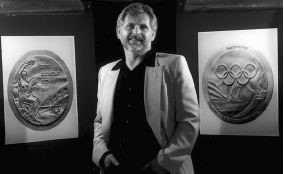 Wojtek Pietranik was born in Gdansk, Poland, in 1950 and graduated from the Academy of Fine Arts in Gdansk with honours at the age of 20.

In 1985, Wojtek Pietranik moved to Australia and began teaching sculpture. In 1989, he began working as a designer and engraver for the Royal Australian Mint.

The medals were 68 mm in diameter, 3 mm thick at the rim and 5 mm thick at the highest point of the relief. The obverse of the Sydney Olympic medals featured the requisite subject of Nike the Goddess of victory, holding a wreath overhead with two palm fronds wrapped in her left hand. She was seated beside a Grecian urn and below her were sprigs of wattle, the Austrailian national flower. Beside Nike were the traditional Cassioli stadium representation, and a chariot pulled by four horses. The reverse depicted the Sydney Opera House and Sydney’s futuristic Olympic Torch. The five raised Olympic rings punctuated the centre, and the name of the event was engraved on the outer rim. Winning athletes were able to have their name engraved on the obverse side, where space had been allowed for that purpose.

The medals were struck at the Royal Australian Mint in Canberra and the Perth Mint.  All Sydney 2000 medals were hung on blue ribbons made by the Woolmark Corporation and bore the legend "Sydney 2000" in silver embroidered lettering.

Raw materials to produce the Olympic victory medals was donated by mining companies and communities around Australia.