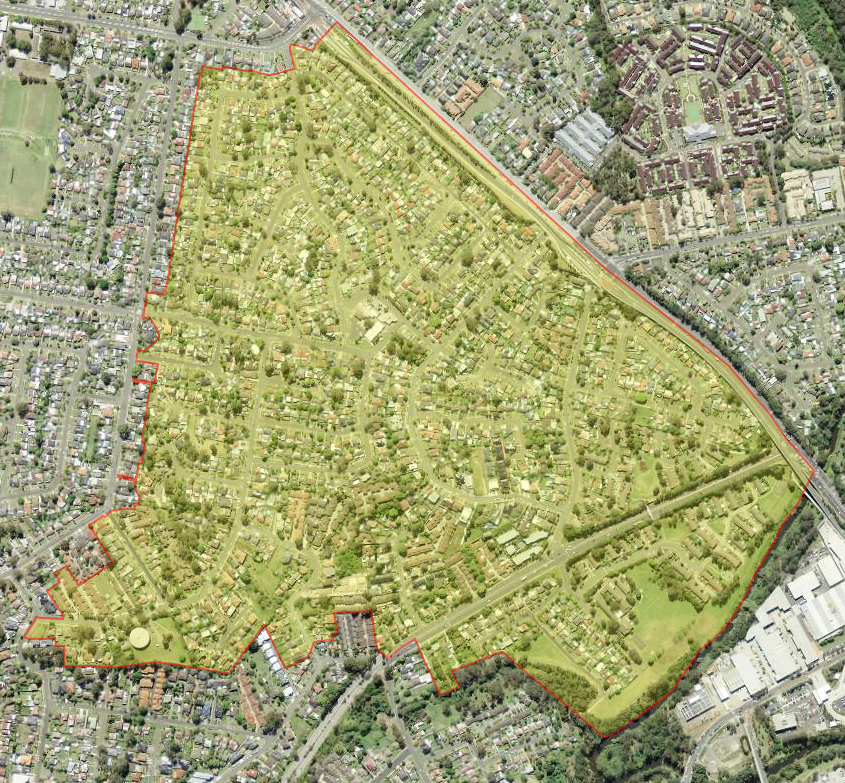 Constitution Hill is a suburb of the City of Parramatta, in the state of New South Wales, Australia.. The suburb overlooks the city of Parramatta from above and views of the Sydney city skyline can be seen from the hill itself.

Constitution Hill, like the majority of suburbs within the City of Parramatta is situated on the traditional country of the Burramattagal clan of the Darug people. The Burramattagal occupied the upper reaches of the Parramatta River for over 60,000 years prior to the establishment of colonial settlements in the area from 1788

In the early years of the British colony, the land around Constitution Hill was part of the Government Farm of Toongabbie and an early map of the farm shows the area designated for Maize crops.  Constitution Hill was also the assembly point of the Irish rebels that staged the Castle Hill convict rebellion of 1804 that became known as the Battle of Vinegar Hill. As stated by Anne-Maree Whitaker in her entry for the Dictionary of Sydney.

“The crest of the hill, three and a half kilometres north-west of Parramatta across the Government Domain, provided a panoramic view, enabling the rebels to see anyone approaching with torches from Sydney or Parramatta. Equally, any fires on the hill were visible from a great distance. It was a spot well chosen to create an intimidating presence and ensure the rebels had early warning of any large-scale troop movements overnight. In addition it dominated the road between Parramatta and the Hawkesbury’

This spot, which provided the rebellion with a vantage spot, is now the Caloola Road Reserve.  This location was saved from development in 2015 as it has significant historical, cultural and social value.

Today Constitution Hill is an established residential area with the most significant development occurring in the post-war years. This development is evident when comparing 1943 aerial imagery of the suburb to satellite imagery of the present day.
The suburb officially came into existence in 2007 when the area was given its name by the Geographic Naming Board of New South Wales. Before this, the land had been part of the suburb of Wentworthville.
It is a young suburb with a medium age of thirty-six. With 59% of the suburbs population being born in Australia, while other places of birth include: China, India and Lebanon.  A highly educated suburb with 23% having a Bachelor Degree or above. 26% of the population also work in professional employment with another 17% in clerical and administrative work.
Constitution Hill is home to Toongabbie East Public School, which is one of New South Wales’s smallest schools. In 2015 the school was home to 53 students and only 4 teaching staff.
A geographical feature of the suburb is Toongabbie Creek. The Creek borders one side of Constitution Hill. The body of water is one of the two main creeks, into which most of the creeks in the Parramatta Area enter before they join the Parramatta River.

Pollen, Francis, The book of Sydney suburbs, Angus and Robertson, 1988.