History of Nursing During War Time in Australia 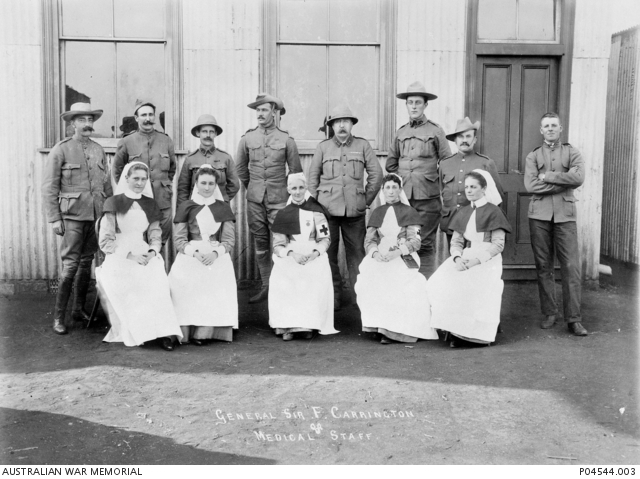 Australian nurses have been going to war for more than 100 years. Nurses often serving far from home, taking care for the sick and wounded on land, sea, and in the air.

Military nurses work under difficult conditions in remote and dangerous places. Some nurses have lost their lives serving their country and helping their fellow citizens.

The Boer War began in South Africa in 1899 and lasted for almost three years.

Military nurses at that time were unmarried, aged between 25 and 40 and were well educated, having trained for at least three years to become a qualified nurse. Nurses were not paid well so their families often supported them.

In 1899, the New South Wales Army Nursing Service Reserve was formed. It was the first Australian military nursing organisation and around 60 nurses from various Australian colonies served in the Boer War. Some of these nurses were paid by the government and others were privately sponsored or paid their own way.

Sister Fanny Hines from Victoria died in South Africa during the Boer War. She was the first Australian military nurse to die during overseas service. By the end of the war, the six Australian colonies had federated to become one nation, the Commonwealth of Australia. Julia Anderson later wrote of Fanny Hines’ death on 7 August 1900:

She died of an attack of pneumonia contracted in devotion to duty. She was quite alone, with as many as twenty-six patients at one time, no possibility of assistance, or relief and without sufficient nourishment

Nurses who served in World War One were exposed to the physical and mental strain of dealing with the huge number of casualties. Once a nurse enlisted, they had no choice but to serve for the duration of the war unless they got badly injured or married. More than 3000 Australian women served as nurses during World War One.

Lieutenant Harold Williams was wounded at Peronne in September 1918. After his experience in a casualty clearing station at Daours, Harold recalled admiration for the nurses’ work:

In large marquees, nurses, pale and weary beyond words, hurried about. That these women worked their long hours among such surroundings without collapsing spoke volumes for their will-power and sense of duty. The place reeked with the odours of blood, antiseptic dressings, and unwashed bodies … They saw soldiers in their most pitiful state — wounded, blood-stained, dirty, reeking of blood and filth.

Australian nurses also worked with other organisations, such as the Queen Alexandra’s Imperial Military Nursing Service, the Red Cross, or privately funded facilities. Nurses have worked in hospitals, on hospital ships, trains, and/or in casualty clearing stations closer to the front line.

During the World War One, nurses have served in various locations from Britain to India, including France, Belgium, the Mediterranean, and the Middle East. In early 1916, nurses were given officer status and badges of rank, although they were only paid around half what their male equivalents received. Many nurses were given awards, with eight receiving the Military Medal for bravery. Twenty-five nurses died during their service overseas. 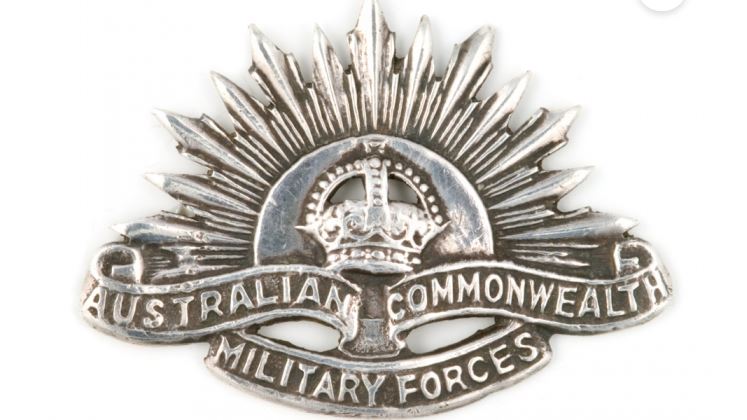 Like the soldiers of the AIF, members of the AANS wore a “rising sun” badge on their uniforms. The nurses’ badges were coloured silver, and the men’s were made of brass.

After the First World War, some service nurses married and left the workforce; others took over the care of family members recovering from the war. Some took up jobs away from nursing, but many continued to work in hospitals, often in senior positions.

Thousands of Australian women registered with the Women’s Voluntary National Register (WVNR) during the World War Two. Most of women were aged between seventeen and thirty-five, single and already in the paid workforce. Their male equivalents were enlisting in the services, and they wanted to be part of the war effort too. By December 1939 there were more than 26,000 women registered across the country, many of them young typists, stenographers and office workers.

More than 4,000 Australian nurses served in a variety of locations, including the Middle East, the Mediterranean, Britain, Asia, the Pacific, and Australia.

Seventy-eight nurses died, some through accident or illness, but most as a result of enemy action or while prisoners of war. By 1945, all military nurses had been appointed as officers, although many still preferred to use their traditional titles of “sister” and “matron”. They were yet to be given the same status and pay as male officers.

Korea was a place that few Australians knew much about, until 1950. From 1950-53, 17,000 Australians in the Army, Navy and Air Force fought as part of the United Nations (UN) multinational force, defending South Korea from the Communist force of North Korea. After the war ended, Australians remained in Korea for four years as military observers. Since then, Australia has maintained a presence, discharged by the Australian Military Attaché. Australia’s involvement in the Korean War won much praise from other nations.

The AANS was granted the title “Royal” in 1948, and three years later became an army corps with the new title “Royal Australian Army Nursing Corps” (RAANC).

A peacetime RAAFNS was reinstated in 1948 and its members were largely involved in aero-medical evacuations. The development of new medical technology saved many more lives.

From the time of the arrival of the first members of the Team in 1962 almost 60,000 Australians, including ground troops and air force and navy personnel, served in Vietnam; 521 died as a result of the war and over 3,000 were wounded. The war was the cause of the greatest social and political dissent in Australia.

Between 1967 and 1971, 150 military and 200 volunteer civilian nurses served in South Vietnam. Their tour of duty ranged from three to thirteen months, but most stayed about a year.

In Vietnam, nurses were usually rostered to work 12-hour shifts, six days a week, but when the need arose, they just kept working. An outbreak of malaria in 1968 doubled the number of patients in the hospital, but there was no increase in staff. Sometimes the operating theatre would work around the clock for days at a time.

Unlike the army nurses, air force nurses were not posted to Vietnam itself, but to the RAAF base at Butterworth in Malaysia. Section Officer Pat Furbank was one of 106 nursing officers who served on aero-medical evacuations (AME) between Vietnam, Malaysia, and Australia during the Vietnam War. Because of these flights, many wounded soldiers were able to get the expert medical care they needed to survive.