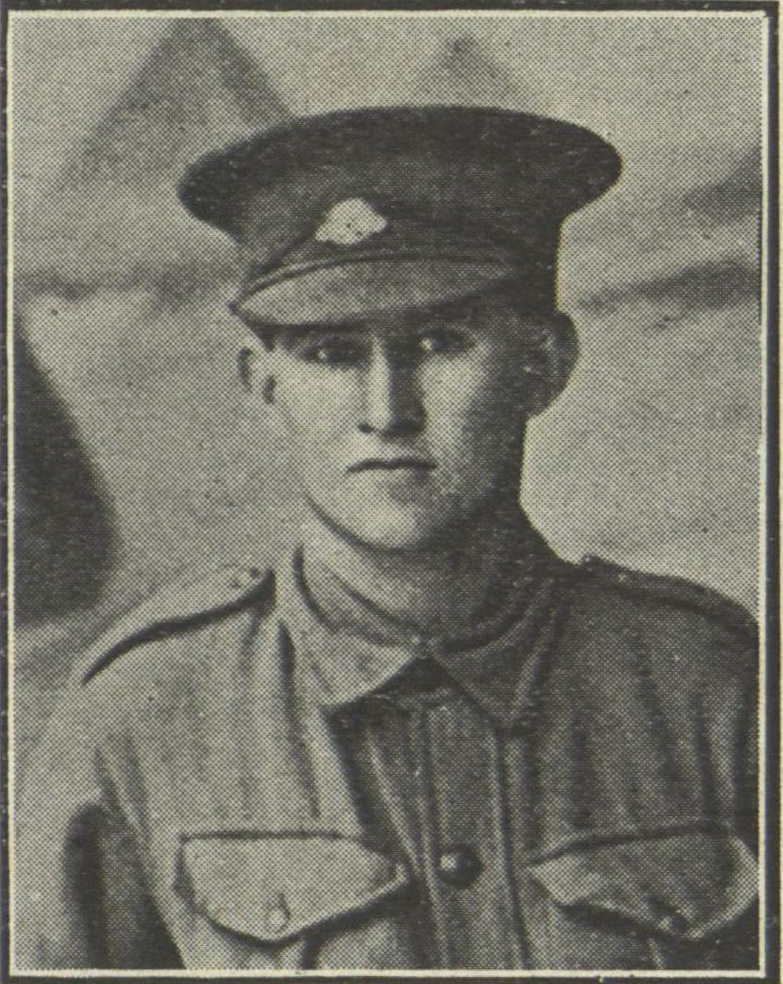 Alexander Bransdon Gamack was an 18-year-old shop assistant from Parramatta who was the son of Mr. and Mrs. James Gamack of Sorrell Street, Parramatta. He enlisted on the 27 October 1915 and was sent to Freemantle, Western Australia on the HMAS ‘Berrima’ on the 27 December 1915 as he was suffering from the mumps. Gamack embarked with his unit aboard the HMAT ‘Borda’ from Fremantle on the 17 January 1916. On the 13 March 1916 he was transferred from 11 Battalion, 13 Reinforcement to 20 Battalion, 9 Reinforcement.

Gamack was transported on the HMT ‘Saxonia’ from Alexandria, Egypt, on the 27 March 1916 to Marseilles, France, arriving on the 3 April 1916. He was taken on strength into the 20 Battalion in France on the 12 May 1916. He was wounded in action, suffering a gunshot wound to the left arm, in France on the 19 June 1916. He embarked on the HS ‘St Denis’ at Boulogne, France for England to receive treatment for his injury on the 25 June 1916. His arm was so seriously injured that he faced the prospect of either having the arm removed or having one arm much shorter than the other. He returned to Australia on the ‘Kanowna’ on the 28 October 1916 and was discharged due to his injury on the 9 January 1917.