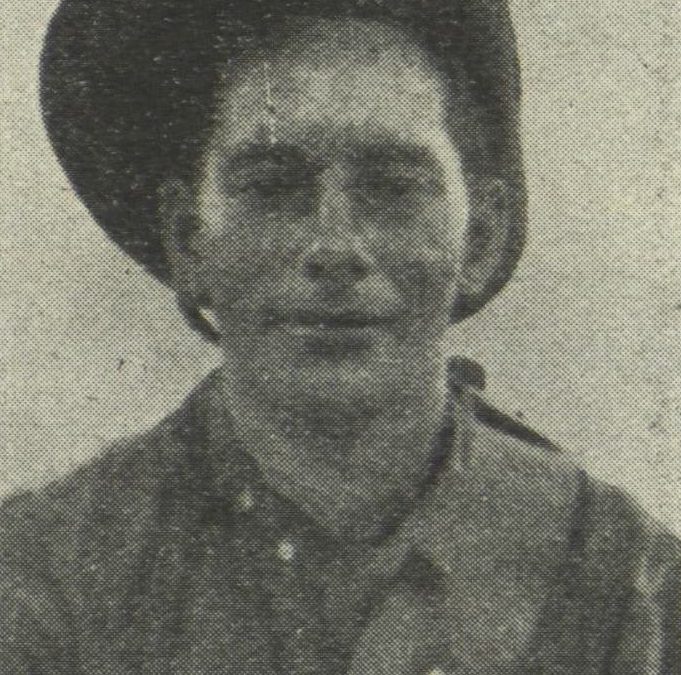 Gunner Frank L’Estrange was a 25 clerk from Gregory Street, Granville. He was the brother of Mrs. Elizabeth Diggens. He enlisted on 8 October 1914 and was assigned to the 7 Light Horse Regiment, Machine Gun Section. He embarked with his unit from Sydney aboard the HMAT Ajana A31 on 19 December 1914. On 22 June 1915 he suffered a wound to his forehead in Gallipoli. He was sent to Cairo to receive treatment for shrapnel damage to his eye. On 16 October 1915 he was treated for a septic leg in Maadi, Egypt. On 17 March 1916 he was admitted to hospital in Heliopolis with hysteria. On 12 April 1916 in Cairo he was invalided to Australia aboard the HS “Karoola” with hysteria and a gunshot wound to the right eye. He was discharged on the grounds of being medically unfit on 16 August 1916.

He re-enlisted on 29 November 1916 and was assigned to the Camel Corps. He embarked with his unit from Sydney aboard the HMAT Medic A7 on 12 December 1916. He was admitted to hospital on 31 January 1917 with the mumps. He was transferred to the 4 Light Horse Regiment on 24 February 1917. On 18 November 1917 he was charged with being drunk in Cairo and was consequently deprived of 5 days’ pay. He was sent to hospital in Moascar with gastritis on 16 July 1917. On 20 October 1917 he was taken on strength into the 4 Australian Machine Gun Squad. On 21 October 1917 he was made Driver under the Australian Imperial Forces.

He embarked for Australia aboard the Wiltshire on 30 August 1918 for discharge due to neurasthenia. He was discharged on 7 March 1919.