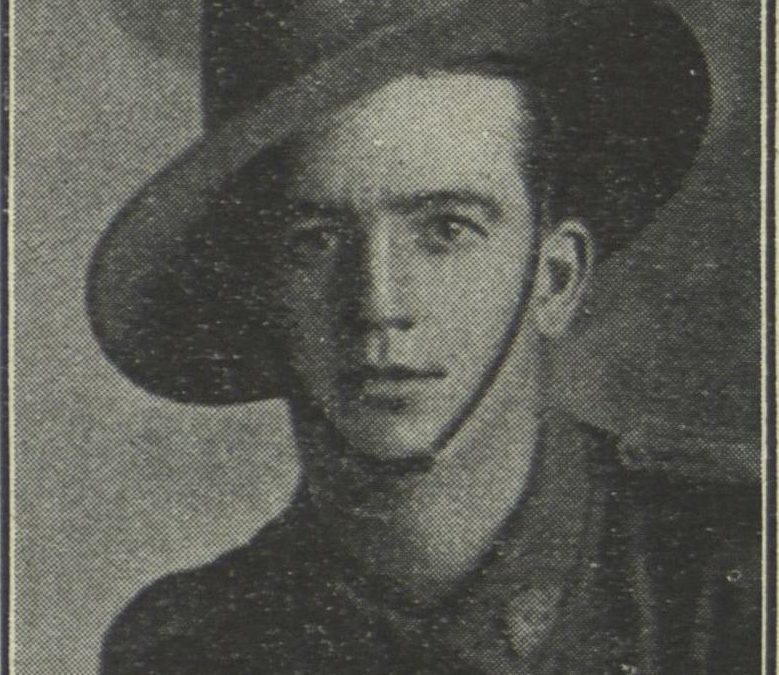 Corporal Harold Gordon James was a 20 year old labourer from Parramatta Street, Granville. He was the son of Mr Frederick James and Ms Beatrice Black, formerly Mrs Beartrice James. His step mother was Mrs Aubyn Edith James. He enlisted on 20 August 1915 and was assigned to the 17 Infantry Battalion, 1 to 13 Reinforcements. He embarked with his unit aboard the HMAT Runic A54 from Sydney on 20 January 1916. When he enlisted he did not know that his mother was still alive. During his time in the war he was made aware of his mother being alive, and began to exchange letters with her. In his letters he expressed the desire to live with her upon returning to Australia after his service had concluded. On 10 March 1917 he was admitted to hospital with French fever. He was granted furlough from 13 March 1917 to 28 March 1917. He proceeded overseas to France from Grantham on 21 April 1917 and was taken on strength on 9 June 1917. From 17 August 1918 to 5 September 1918 he was on leave in England. On 11 December 1918 he was appointed the rank of Driver. On 20 January 1919 he was appointed the rank of Lance Corporal of the 2 Divisional Train.

He returned to Australia aboard the HT Argyllshire from England, leaving England on 1 August 1919 and arriving in Melbourne on 23 September 1919.