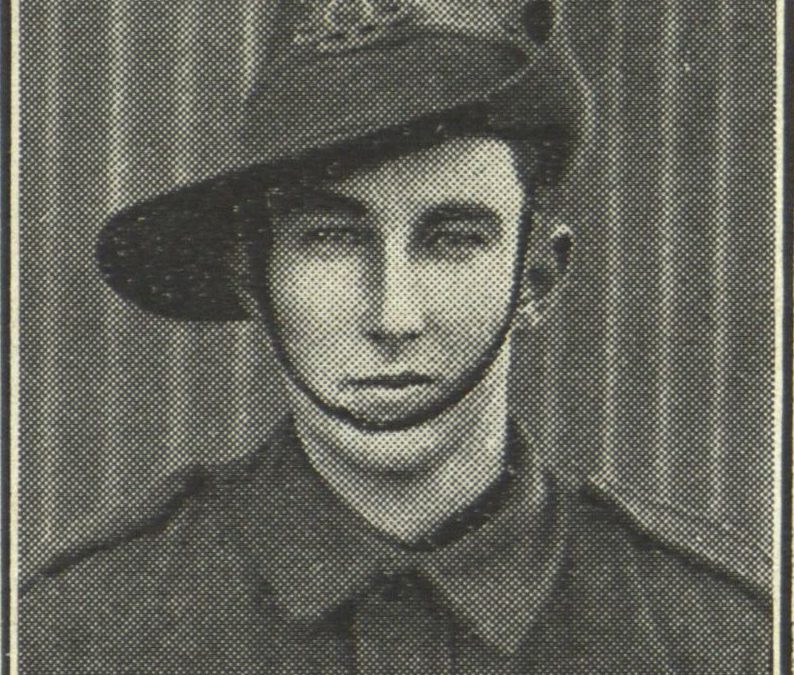 Alfred, a brother to Herbert (service number 1978) and Horace (service number 2892), enlisted in the 20 Infantry Battalion on 30 June 1917. His service number was 3341. At the time, he was 20 years of age bachelor who worked as a wool piecer. He named his father Edward Lawn as his next of kin and they lived at “Avoca” Harold Street, North Parramatta, New South Wales.

He had previously served in the Senior Cadets in the Militia for 5 years prior to enlisting and on 2 August 1917 he embarked at Sydney on board HMAT “Militiades” A28 with the 35 Infantry Battalion, 8 Reinforcements. He disembarked at Glasgow, England on 2 October 1917.

By 30 January 1918 he proceeded overseas to France for active service. He was wounded in action on 4 April receiving a gunshot wound to the left leg through the knee. The wound was so serious that he was transferred to Dover Military Hospital in England a few days later. He was later classified as “medically unfit” and on 17 July was returned to Australia on board HMAT “Karoola“. On 11 September, he arrived in Melbourne, Victoria, Australia. He was taken to Randwick Military Hospital, where Sir Alexander MacCormack operated on his fractured leg on Friday 18 October 1918. His recovery was slow, having to be confined to bed for six months. On 4 March 1919 he was officially discharged from service “medically unfit”.

His mother, Mary Lawn, wrote of Alfie’s death in Callan Park Mental Hospital on 17 November 1932 after spending eleven and a half years in that Institution in a letter in Alfred’s military records available from the National Archives of Australia.