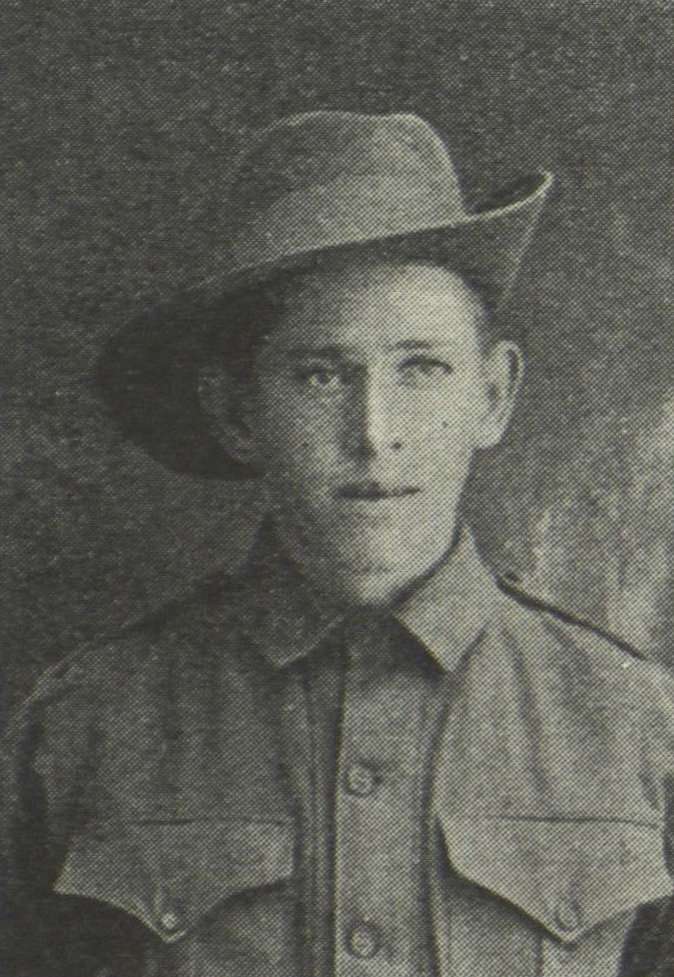 Warrick James McLeod was born in Granville, New South Wales and enlisted at Liverpool, New South Wales on the 27 February 1915 at the age of twenty-one years. His occupation was recorded as sign writer and he had previously served with the Militia and the 20 Infantry Citizen Forces. At the time of his enlistment he was single and lived in Cowper Street Granville with his mother, Mrs. Esther Harriett Smith and his step family, since his mother had remarried.

McLeod embarked for service overseas on the 12 May 1915 with the rank of Private. He served in the 17 Australian Infantry Battalion at Gallipoli before serving in France. Tragically, he was killed in action at Pozieres, France. Initially this was recorded as having occurred sometime between the 26 July and 7 August but his war service record subsequently recorded the date of his death as the 27 July 1916.