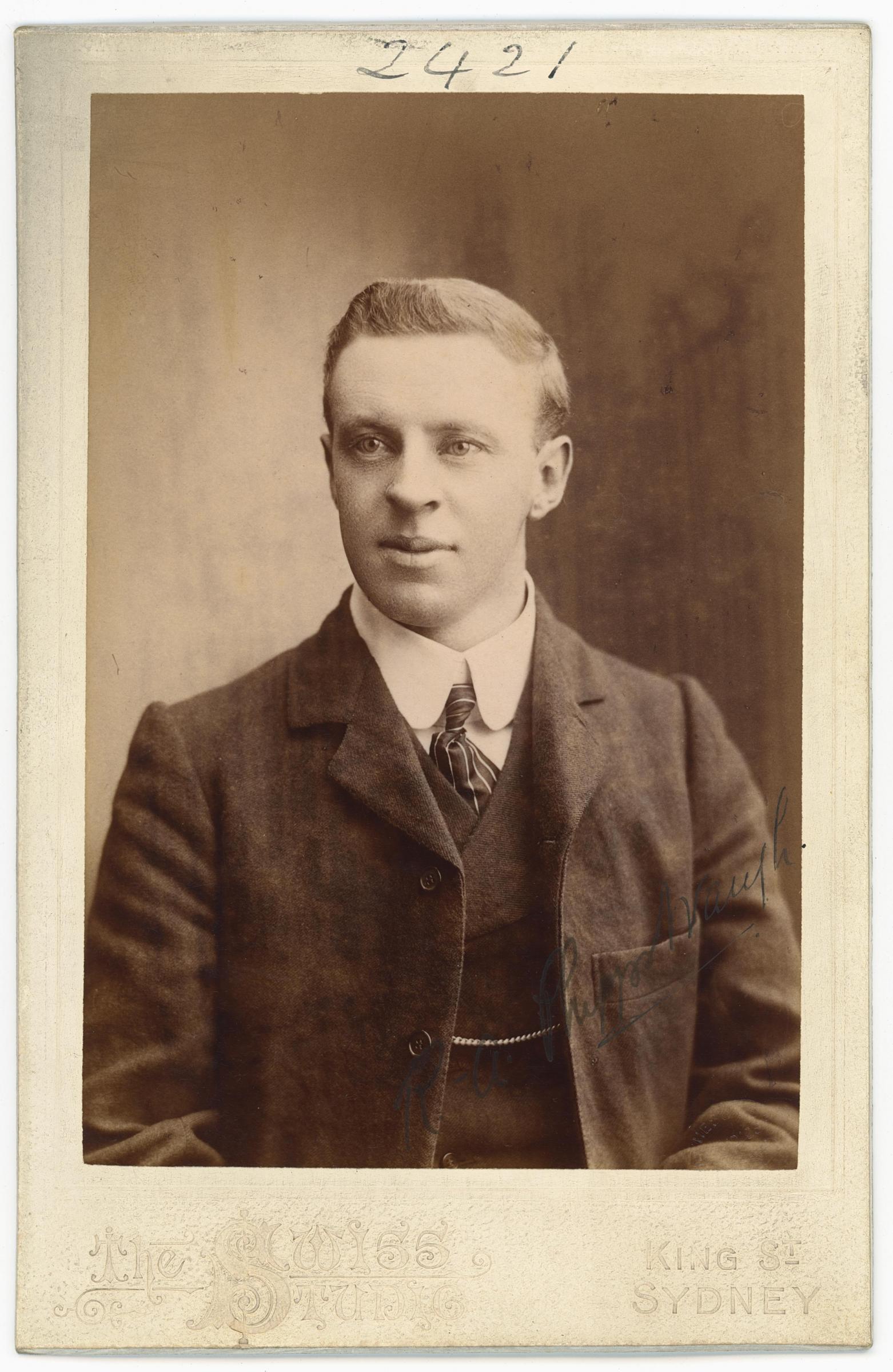 Major Richard Andrew Phipps Waugh was born on the 11 April 1876, and attended the King’s School Parramatta where he was for a period captain of the day boys.

At the time of his enlistment in World War One on the 1 May 1915, he was living with his wife Elaina Mary Waugh on Marsden Street Parramatta, and worked as a medical practitioner at the Parramatta District Hospital where he was a member of its board. Richard’s service throughout World War One was in association with the Australian Army Medical Corps, and he was enlisted at various periods with Number 2 and 3 Australian General Hospital and the Number 1 Australian Casualty Clearing Station. Prior to World War One he had also been a member of the Parramatta squadron of Lancers, and took part in the Queen Victoria's Diamond Jubilee Celebrations in 1897. On the 1 January 1916 he was promoted to Major. Richard returned to Australia from England on the 8 December 1916 and his appointment was terminated on the 12 February 1917. Medals received for his military services included the Star, British War Medal and the Victory Medal. [2]

After the war Richard served as an alderman of Paramatta Council from 1930 until December 1941. When World War Two began Richard continued his dedication to civic duty by joining the Volunteer Defence Corps (VDC) as Parramatta’s Area Medical Officer, in addition to repatriation duties. [3] When war broke out the Australian Army was four separate armies, with the Volunteer Defence Corps (VDC) being one of the four. The VDC was a part-time volunteer military contingent based on the British Home Guard, and was run by the Returned & Services League of Australia (RSL). It was initially composed of ex-servicemen who had served in World War One. [4]

In 1946 Richard resigned from the Parramatta District Hospital after 41 years’ service as an Honorary Medical Officer and occasional President of the Board. Throughout his career he was also Captain of the King’s School Rugby Union team, a foundation member of the Parramatta Rugby Union Club, a keen golfer who played with Parramatta in grade competitions, and he also gave many years of voluntary service to the RSL where he was a was a life member of the Granville Sub-branch of the League. [5]

Richard Waugh died on the 15 September 1948. He was a resident of Parramatta at the time. His service was held at St. John’s Anglican Cathedral Parramatta and he was buried at Rookwood Cemetery, Lidcombe. At his service the rector praised Richard saying:

“Parramatta has lost a very worthy son in the passing of Dr. Waugh, who was a downright, sincere and kindly man. Especially during the recent war, he carried on when he could have been enjoying a well-earned retirement” [6]