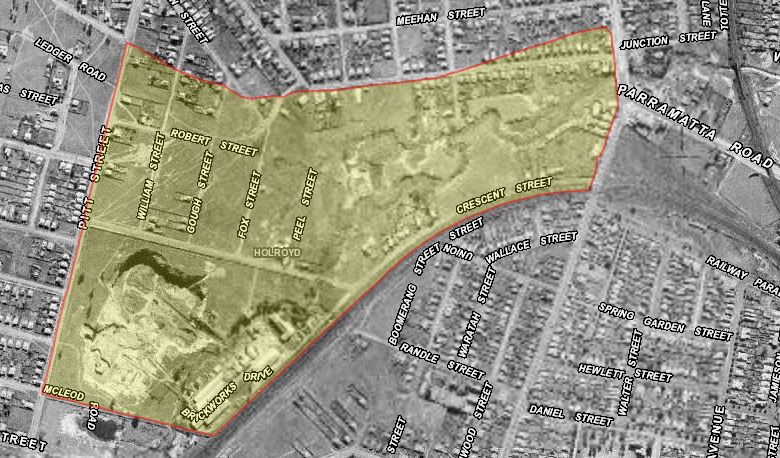 Holroyd is a small western Sydney suburb located in the Cumberland Council local government area (Granville ward) and a small section being part of the City of Parramatta Council LGA (Rosehill ward) as indicated in the map below. It is bordered by the M4 Western Motorway as the northern boundary, Church Street, Woodville Road and the rail line as the eastern boundary, Neil Street to the south and Pitt Street to the west.[1] 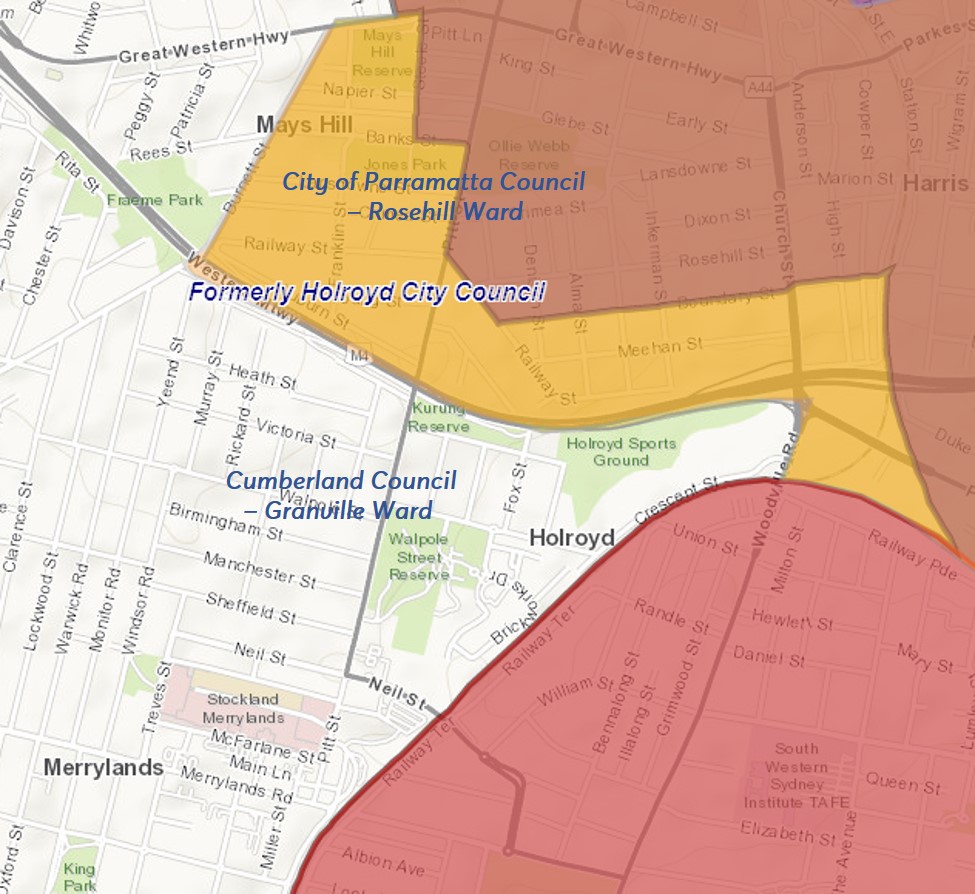 Traditional custodians
For tens of thousands of years before European settlement, the Cumberland plain area was home to several clans of the Darug people (also spelt Dharug, Daruk or Dharik). There were three distinct dialects in the Darug territory – the coastal, the hinterland (or Cumberland plains) and the mountains. Given the location of Holroyd, the Burramattagal clan of the Darug nation who occupied the Parramatta and Granville area and the Bidjigal clan which occupied the areas now known as Merrylands, Guildford, Villawood and Bankstown appear to be the traditional Darug people living and hunting in the area.[2]

Two important Aboriginal sites can be found in Union Street, Granville, and Carhullen Street Merrylands. Evidence at these sites identify the areas as ‘Paiendra’, meaning members of the inland culture who specialised in hunting possum. The evidence suggests that these Darug members had links with the Dharawal and Gundungurra tribes of the south and south-west.[3]

A’Beckett’s Creek near the junction of Woodville Road and Union Street, Granville was used by Aboriginal clans from the south as a campsite during the annual conference initated by Governor Lachlan Macquarie in 1814 to local Aboriginals to come to the market place (now Centenary Square) at Parramatta where a dinner would be offered to all who made the trek.[4] 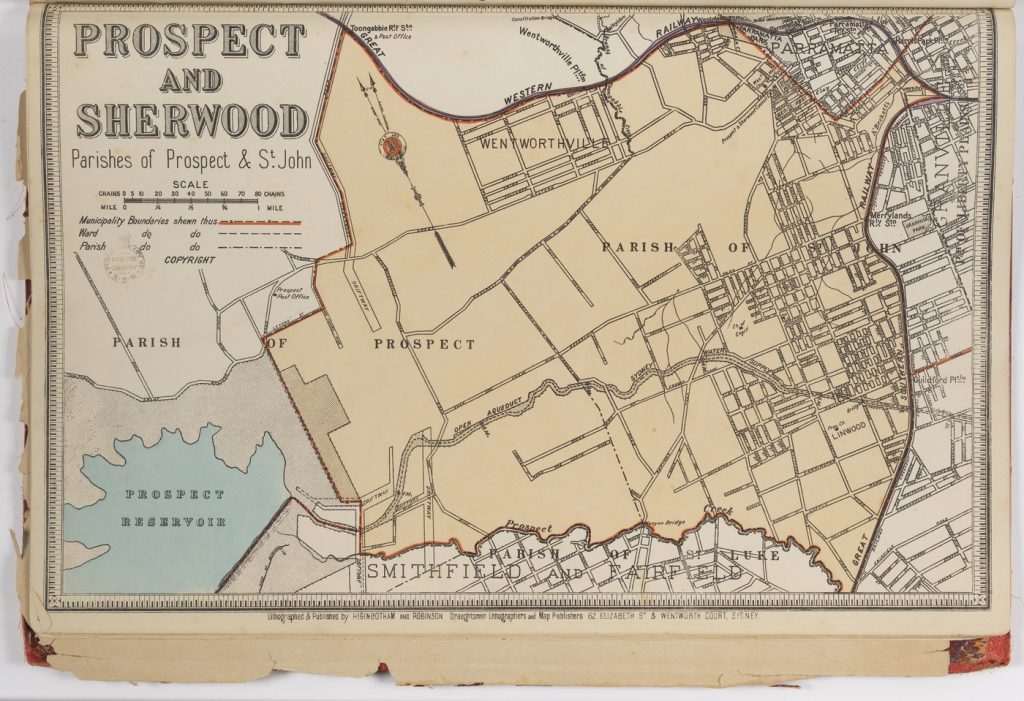 It had an area of 39.9 square kilometers, making it one of the largest municipalities in Sydney. The area included the modern suburbs of Girraween, Greystanes, South Wentworthville, Mays Hill, Holroyd, Merrylands West, Guildford West, Woodpark and parts of Pendle Hill, Wentworthville, Westmead, Granville, Merrylands, Guildford, Yennora, Smithfield and Prospect.[7]

From 1915, Council Chambers was located in Merrylands West.

The name Prospect and Sherwood was considered too cumbersome and there was the added complication of another small locality called Sherwood, near Kempsey.
The first council chambers at Mays Hill were too small and there was public interest to build another closer to the Municipality’s main population centre at Merrylands West. [8]

The Holroyd Administration Centre was officially opened by the New South Wales Premier Bob Heffron on 19 June 1962 in Merrylands.

Holroyd City Council (1991-2016)
From 1 January 1991, Holroyd was granted city status, becoming the Holroyd City Council.
On 10 June 1994, the Holroyd Gardens Development was gazetted. It was formerly the site of the historic Goodlet and Smith Brickpit and comprised an area bordered by Neil Street, Pitt Street, Walpole Street and the rail line.

In 1999, the suburb of Holroyd was created when the New South Wales Geographical Names Board sought to define suburb boundaries. The Holroyd Council local government area did not have a specific suburb of the same name and had to create one to satisfy the State Government requirements. The suburb named Holroyd was gazetted on 15 October 1999, with boundaries being Walpole Street (north), Neil Street (south) the railway line (east) and Pitt Street (west). This suburb had also been known as Granville West and Merrylands. The boundary changed in 2001 with the northern boundary extended to the M4 Western motorway.