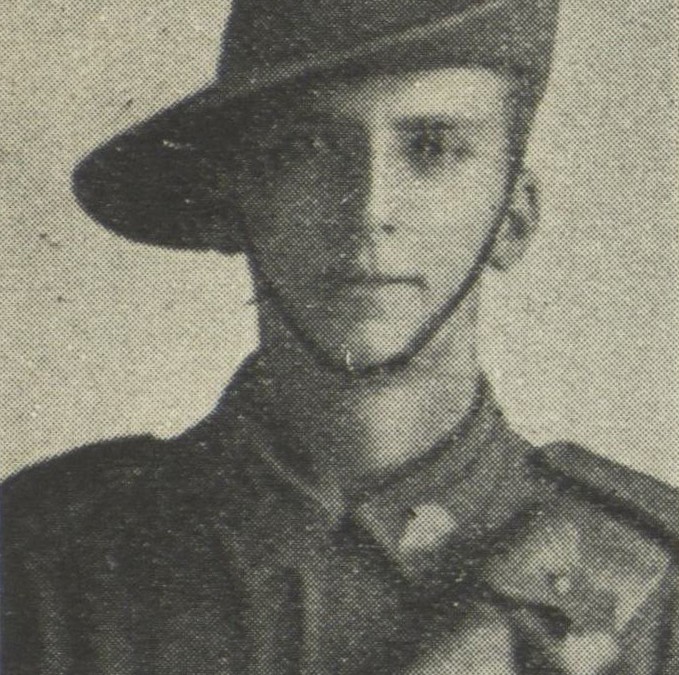 Born 17 September 1897 in Ashfield, N.S.W., Alfred was the youngest son of Mr Horatio John and Mrs Augusta Currell (nee Price) of Baulkham Hill. He was 5 foot, 9 and 1/4 inches, with a dark complexion, brown hair, grey eyes and was a Methodist. Prior to enlistment, he worked as an apprentice coach builder for James R. Dellow and Son, Parramatta and had served 2 years as a Senior Cadet.

On 23 October 1915 he embarked along with his brother from Sydney for overseas duties aboard HMAT SS Hawkes Bay. Taken on strength, he was transfered from the 12th Reinforcements of 1st Light Horse Reserve Regiment in Heliopolis to 2nd Divisional Ammunition Column (D.A.C.) in Zeitoun, and later to the Base Depot in France before rejoining the 2nd D.A.C. in France. By 8 April 1919 he was returned to Australia per Trases Montes. He was awarded an 1914/15 Star (6168), British War Medal (22620), and Victory Medal (22393).

Upon his return his beloved mother had died at Parramatta District Hospital on 22 October 1918. In 1936 he married Adeline Maream Milne in Hillston, New South Wales and settled in Goulburn, working as a Building and Health Inspector for the Goulburn City Council. In 1980 he passed away.