The land had been resumed in 1947 by the Parramatta District Hospital (PDH) for the purpose of the Public Hospital Act 1929 and Public Works Act 1912 to expand the premises of the hospital.

In the year to follow, the building would be used as the Nurses Quarters (also known as the Nurses' Home) until the early 1970s when white ants and borers create major damage which led to the historical house almost being demolished.

Nursing grievances led to Brislington being used during World War One as a temporary nurses' accommodation. This was at a time when discussions commenced by the Parramatta District Hospital Board regarding the construction of a more permanent nurses' home. The Government paid the rent of 35 shillings per week from September 1915 for the nurses who stayed there with the Brown family (equivalent of $183 AUD in 2020). In October 1920, however, Dr. Brown ended this arrangement, stipulating that he needed Brislington by the end of that year.

No purpose-built nurses' accommodation had even been settled, let alone constructed until 1923. Plans were made by the Public Works Architect for a two storey accommodation for 28 nurses. Designed with verandahs 12 feet wide, it included a dining room, sitting room, kitchen, toilets, and bathrooms. The estimated cost was initially £13,500 but in 1924 a quote for £9,050 (final cost £9,177.17.2) was accepted, a third of which the government was prepared to advance. These quarters were located to the west of the hospital.

On the afternoon of Wednesday 25 March 1925, Kearney House was officially opened in front of a large crowd as the new nurses' home by Dr. James Kearney. The new building was named after Dr. Kearney, then Parramatta District Hospital president and cost £11,000.

Dr. James Kearney (1868-1934) was born at Ballymoon, County Carlow, Ireland, and graduated at Trinity College and the Royal College of Surgeons in Dublin. In 1889, he migrated to Australia and eventually settled in Parramatta, where he quickly established a medical practice in Macquarie-street. He was associated with many charitable organisations; a member of the Parramatta District Hospital Board of management, and was president for several terms. At the time of his death he was senior medical officer and patron of the board of the hospital. He was deeply interested in the work and welfare of the Convent of Mercy, Parramatta, Westmead Boys' Home, and St. Gabriel's School for Deaf and Dumb Boys, Castle Hill. One of his brothers was the late Dr. Gerald Kearney, of Western Australia, and another was Reverend Father John Kearney of Ireland. He was survived by his wife Mrs Kearney.

Kearney House was described as a “magnificent home”, “two-storey structure standing on the western side of the main building, and consists of thirty bedrooms, nurses’ sitting-room, sewing-room, writing-room, and vestibule. Also kitchen, bathroom, laundry, etc”.

However, by 1949, Kearney House was considered inadequate. It was later demolished. In memory of Dr. James Kearney’s medical service to the Parramatta community for nearly 50 years, a wishing well was erected near Brislington House on 7 February 1935. 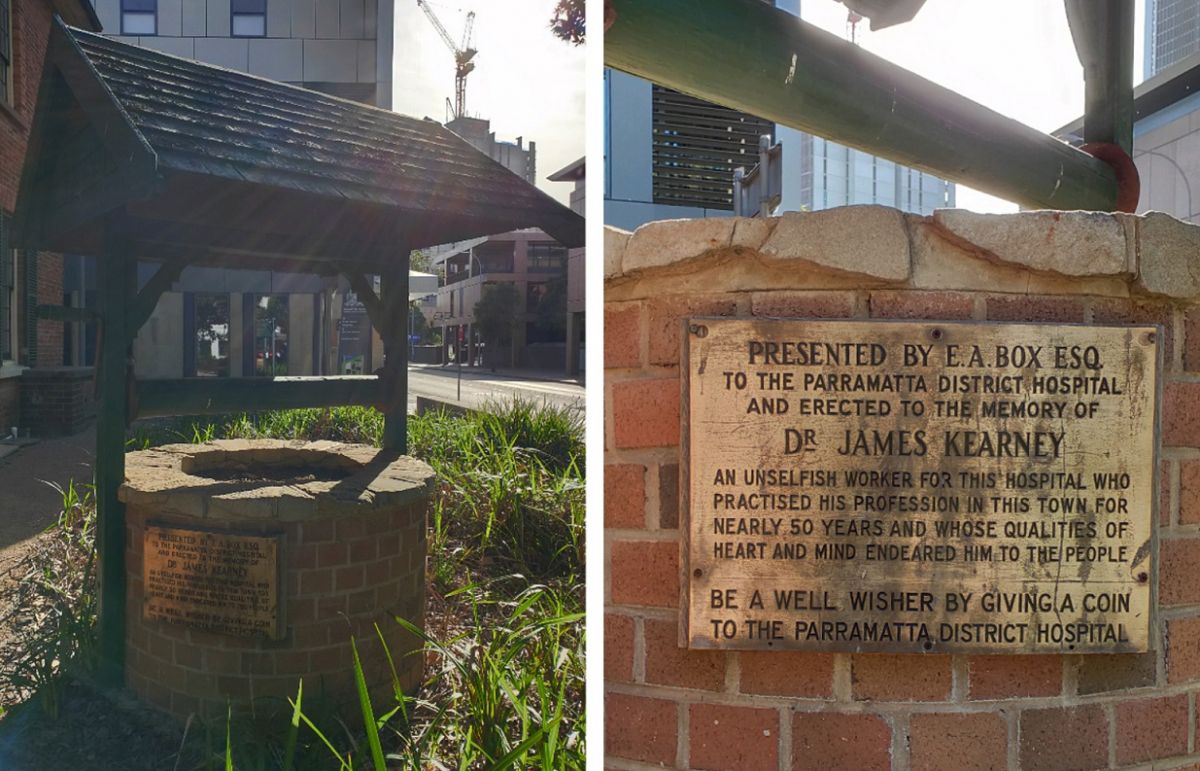 Foreseeing the need for more land to expand and grow, the Hospital Board in 1947, enacted a notice of the resumption of land under the Public Hospital Act 1912 to resume the whole property of Brislington and its neighbouring houses for its use. The Brown family who had been there since 1852.

After 92 years at Brislington, the last Dr. Brown moved to new medical practices in Hunter Street in 1949 and was working there until he passed away in 1962.

Plans were considered for the demolition of Brislington to make way for new accommodation for its nurses. Luckily, due to funding issues and eventual plans to make Brislington heritage listed, demolition was scrapped.

Brislington officially became the nurses' quarters in 1951. 22 nurses were reported to have stayed in residence there on the upper floor.

At the time, the matron of the hospital was Matron Edith White who was appointed to the role from 1945 as Acting Matron following the sudden death of Matron Rose Butler. The next year, she was officially appointed the role of Matron until she retired on 27 March 1966, aged 65.

By the early 1960s, however, the building was suffering from 'termite damage and general deterioration', which raised the possibility of demolishing the rare, historically significant building to make way for a new Diagnostic Services Building.

However, the National Trust classified Brislington as highly significant and recommended its restoration in 1968. This helped save Brislington from destruction.

By 1980, the PDH annual reports mention repairs completed and that medical staff were using the premises. After the landscape for Brislington was completed it was turned over to the Archives Committee for both Parramatta and Westmead Hospitals in 1983. The Committee was established to preserve the history of the hospital which began operating Brislington as the Brislington Medical and Nursing Museum housing a medical and nursing display for public viewing.