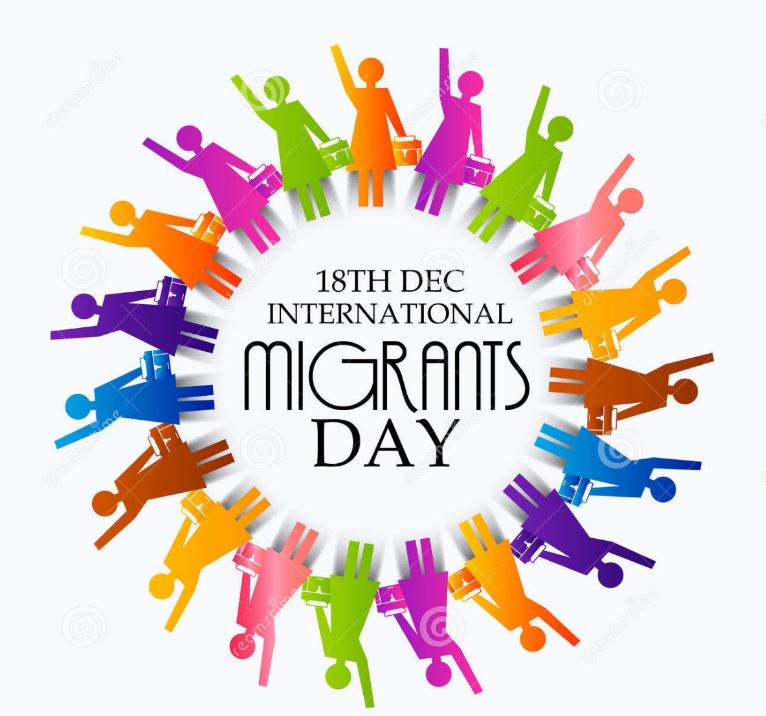 International Migrants Day: As the world observes International Migrants Day this year on 18th December, let us dig deeper to understand how this day started.  On 18th December 1990, The General Assembly adopted a resolution on the International Convention on the Protection of the Rights of All Migrant Workers and Members of Their Families. This day is to highlight the challenges faced and the contributions made by the roughly 272 million migrants living new lives and building new communities in every corner of the globe. On this day, we salute migrants and the communities they join, the communities they remake through their mutual effort and support them. #WeTogether. 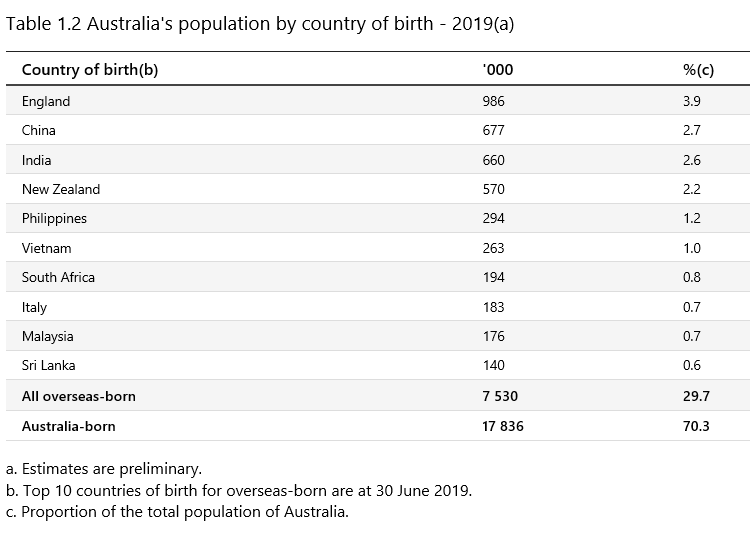 As Parramatta emerges as a cosmopolitan global city, we are looking to a diverse range of immigration, beyond those of early colonial settlement. These immigrants range from labour, hawkers, family reunions and increasingly growing volumes of temporary and skills-based migrants.

City of Parramatta Population by Ancestry: The three largest ancestries in the City of Parramatta in 2016 were Chinese, English and Australian followed by Indians, Irish, Korean, Scottish, Lebanese, and Italian. 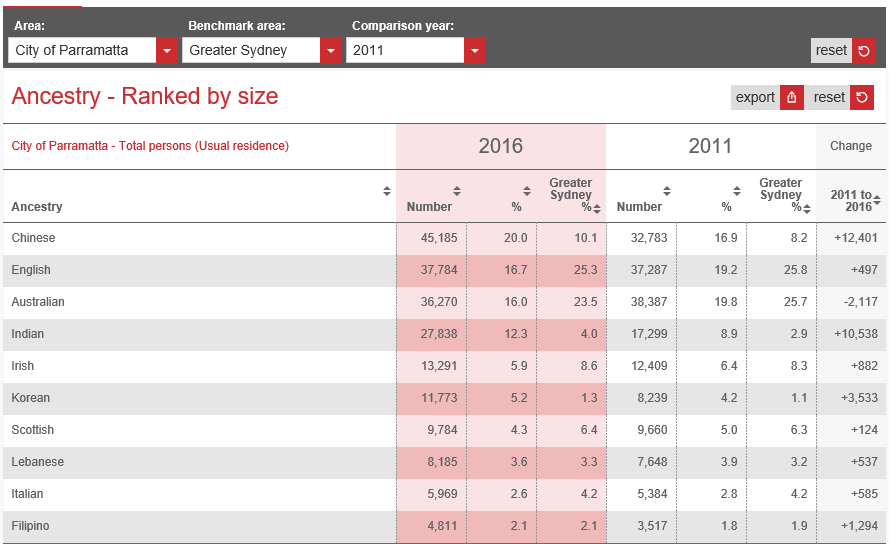 City of Parramatta Population by Birthplace: Birthplace data along with the Language Spoken at Home and Religion places India in the first place followed by China, Korea and Hong Kong. 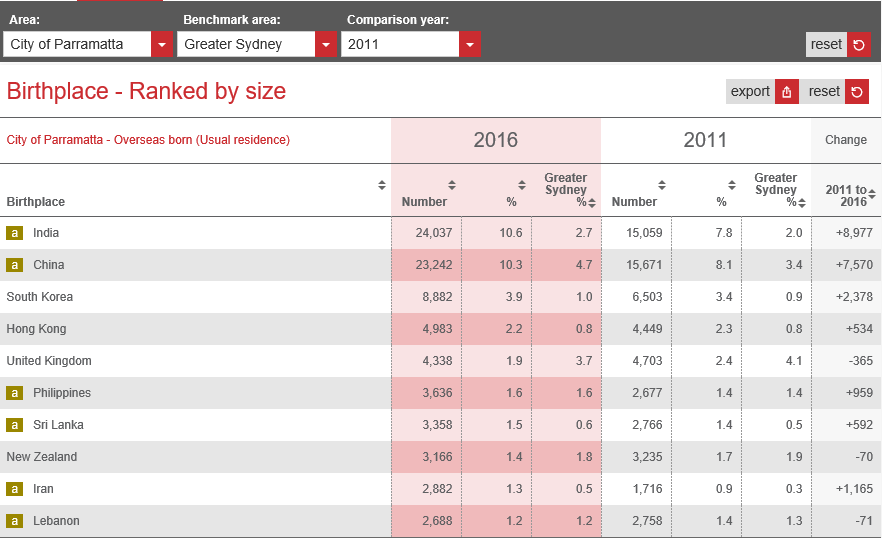 Migrants: Migrants from various parts of the globe have made Parramatta their home over the years. City of Parramatta is  home to diverse people from convicts to immigrants of British, European, Indian, Chinese, Korean, Greek and  Lebanese ancestry, and includes many other descendants who came to Australia by boat to discover the opportunities to conduct business and/or to start a new life.

Chinese Immigrants: Before the 1850s, Chinese labourers faced harsh conditions and physical hardship in Australia. While in Australia, Chinese labourers would walk along a winding country road in search of work and cleared bushland for farming. Mak Sai Ying is the earliest known Chinese immigrant to have arrived in Sydney and settled in Parramatta.

Indian immigrants: A study of DNA has found that Indian people may have come to Australia around 4000 years ago. Let us look back and explore the centuries of contributions of Indians to the development of Australia and especially to the City of Parramatta. Many Indians came to Australia as hawkers, traders, banana growers, and sugar cane farmers. The first Muslim Indian arrived in Tasmania in 1813. The first Hindus came as indentured labourers in 1816. The first Sikhs arrived in Brisbane in 1844. Indians have been coming to Parramatta to purchase horses since the 1820s. Harris Park within the Parramatta local government area has Indians living and owning businesses. Harris Park is also known as “Little India”. 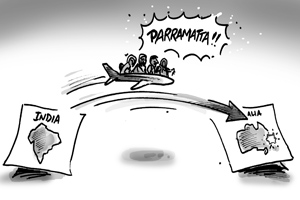 Parramatta is considered the heart of the Indian community and Harris Park the heartland with 39% of the businesses, shops and restaurants being Indian owned. No wonder the  City of Parramatta and the NSW government want to promote Harris Park as ‘Little India’ to tourists.

Parramatta’s Indian-born population is young, and the majority (64 per cent) have a degree or higher qualification. Parramatta has become an increasingly important destination for migrants arriving in Australia through skilled migration schemes, and is now one of the four top employment centres for skilled migrants.

Lebanese immigrants: Lebanese migrant Rosie Broheen left her village in Lebanon in the 1890s seeking opportunity in Australia; she sold useful items house to house in and around Parramatta.

Greek immigrants: There are accounts of Greek and Maltese communities living and trading in Parramatta in the 1920s and 1930s. Bill Gay, the son of market gardener George Gay, recounts the Greek cafes of Parramatta including the Cumberland Cafe and another milk bar run by the Psaltis family.

Italian immigrants: Italian families also moved into Parramatta and established local businesses. Jim Tortas established a chain of restaurants beginning with the Bar Roma Steakhouse in Parramatta, and others went on to become poultry farmers and vegetable growers.

Businesses - Baltia Pty. Ltd.: This was a small Shop in 91a Argyle Street, Parramatta. Batlia’s advertisement in the local papers listed some of the imported products available such as cheeses from countries like Denmark, Switzerland, Germany, France, Norway and Holland. 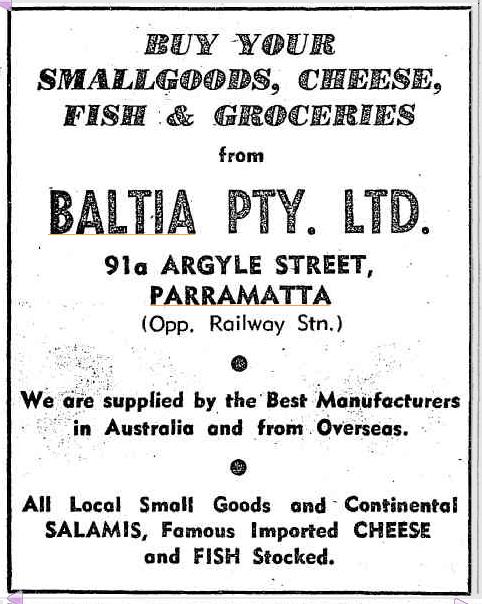 Madame Leuba: Leuba Hairdresser was the oldest hairdresser in the Parramatta District in 1939. 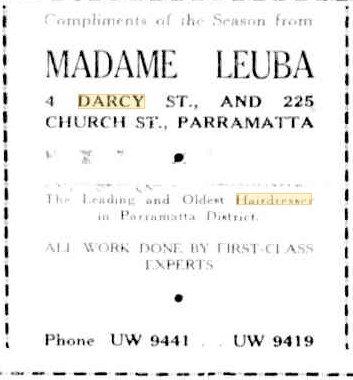 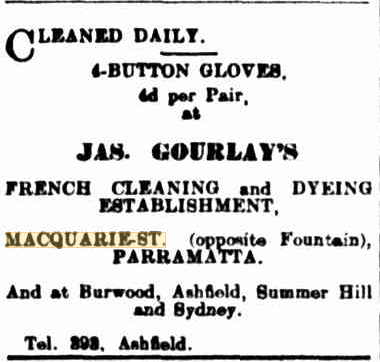 Sing Choy – Market Gardener, Green Grocer & Interpreter: Sing Choy’s smile and sonorous ‘Good Morning’ was described as ‘a feature of Parramatta town life’. As market gardener and storeman, Choy was well-known in Parramatta, but it was his services as interpreter for the local Chinese community that established his reputation.

St Ioannis Greek Orthodox: This parish on George Street, Parramatta celebrated their 60th anniversary in May 2020.

To conclude, we can say that as each wave of immigrants settled in Parramatta, little knots of eateries and restaurants served as meeting places where lonely groups of migrants chatted in their native tongue and recreated the tastes of home.

Australian Bureau of Statistics. (2020). Migration, Australia retrieved on 14/12/2020 from https://www.abs.gov.au/statistics/people/population/migration-australia/latest-release

.idcommunity. (2019). City of Parramatta Community Profile retrieved on 15/12/2020 from https://profile.id.com.au/parramatta

Glen (2014). The story of culturally diverse communities – Indians in Parramatta, retrieved on 16/12/2020 from http://blog.id.com.au/2014/population/demographic-trends/the-story-of-culturally-diverse-communities-indians-in-parramatta/

Hage, G. At Home in the Entrails of the West: Multiculturalism Ethnic Food and Migrant Home-Building. Retrieved on 12/12/2020 from https://www.academia.edu/12916012/At_Home_in_the_Entrails_of_the_West_Multiculturalism_Ethnic_Food_and_Migrant_Home-Building

Sahni, N. (2017). Indians in Parramatta for Australian Horses, retrieved on 16/12/2020 from https://historyandheritage.cityofparramatta.nsw.gov.au/blog/2017/07/04/indians-in-parramatta-for-australian-horses-1820s